For Sekoyia founder and CEO Gareth Lewis, adopting a more environmentally sustainable lifestyle requires making a shift — much like establishing a gym regimen or trying a new diet. 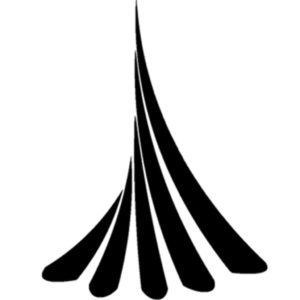 But when Lewis got involved in promoting sustainability, he found that it can be “daunting and overwhelming… and there’s no easy way for someone to start making an impact,” he said.

Sekoyia, which is based in Crystal City, represents a tool for easing that transition.

“It’s our mission to empower individuals to make a positive and measurable environmental impact… by incrementally shifting their lifestyle,” Lewis said.

The “primary product” Sekoyia offers is a series of subscription boxes that enable users to “switch out some of the older things in our lifestyle with more sustainable options,” Lewis said.

The boxes are built into a six-month sequence with each focused on a theme, like energy, water or waste.

In addition to providing more sustainable versions of products like dish soap and resealable bags, boxes include “actions and challenges” that align with that month’s theme.

They also come with “impact tracking,” so users can see their individual impact along with “the whole collective impact of the Sekoyia community,” Lewis said.

The water box, for instance, lets each user save four kiddie pools-worth of water, $50 over a year, 41 pounds of waste and five-days-worth of cow farts (which emit methane).

A mechanical engineer by trade, Lewis began working on Sekoyia part time out of 1776 incubator space last year. In June, he transitioned to Sekoyia full time. 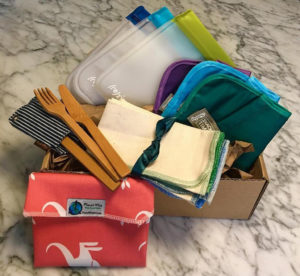 “My concern for climate change got to the point where I really had to do this full time,” Lewis said.

So far, Lewis has bootstrapped Sekoyia, meaning he’s personally funded the startup. Their team currently consists of Lewis, a CMO and two interns.

Lewis has applied for a WeWork Creator Award, which would give him the funding to pursue the “aggressive” goal of hitting 50,000 subscribers within a year, he said.

The subscription boxes are “the starting point” for Sekoyia, Lewis said.

“Ideally there would be some political action as well, and I think education is a huge part of that,” he said. Future initiatives could also include cleanup efforts and work to connect businesses with local sustainable services, like composting.

“I think that’s really the way that this has to go in the future if this is going to be successful,” Lewis said.