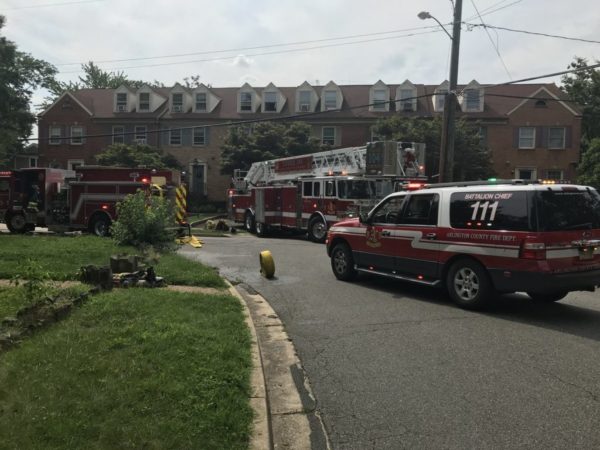 Arlington firefighters extinguished a fire at a Ballston townhome this afternoon (Friday).

First responders were called to the 600 block of N. Oxford Street, near Mosaic Park, for a blaze around 3:15 p.m.

The fire was concentrated in the basement, and extinguished without incident. No injuries resulted from the fire.

#FinalUpdate: Fire is out, contained to structure of origin. No injuries. Crews are picking up and going in service. Fire Marshal is on scene investigating. pic.twitter.com/1k73vylRCA

The fire marshal is still investigating the exact cause of the blaze, but scanner traffic suggests it started due to a washer or dryer in the basement.