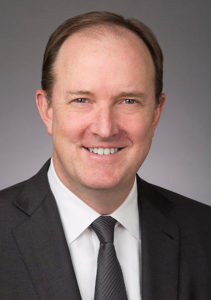 A core progressive value is getting things done for the greater good, which often requires bipartisan collaboration. Regardless of what happens in the November elections, trade policy is an important area for bipartisan cooperation because it affects us all.

I am a traditional Democrat but see remarkably few differences of opinion with my mainstream Republican friends on current trade developments. Basically, we don’t disagree with the administration’s general goals in concept, but fundamentally disagree with its zero sum approach (for us to win others must lose) to achieving those goals. Also, the tariffs based on national security justifications often appear to be more like protectionist industrial policies.

The United States has overwhelmingly benefitted from free trade, which has been supported by presidents of both parties. President Obama, for example, recognized that because 95 percent of the world’s consumers and 80 percent of gross domestic product are outside the United States, it was vital to open up growing markets in Asia with the Trans-Pacific Partnership. There is no doubt that trade has negative costs, and we have a responsibility to aggressively enforce our laws and help those workers disrupted by trade agreements. But, overall, America overwhelmingly benefits and our peace and economic prosperity since World War II has resulted from a global trading system that we built.

As seen in the daily news, this administration has taken a fundamentally different approach to trade policy that largely revolves around imposing tariffs. Tariffs are, however, a tax on consumers and provoke retaliation, leading to more harm than help for U.S. companies and consumers.

To put the issue in local terms, think about schools in the construction pipeline, and what a higher cost of steel for those buildings would mean. Think about higher prices on consumer goods. Think about your business and ask how it could survive if, overnight, your costs increased 25 percent.

The issue often gets boiled down to a “fair trade” versus “free trade” debate, but it is really about drawing the right lines to achieve policies that:

Proposing bipartisan cooperation may seem strange in the current highly partisan climate, but the issue affects too many people to leave current actions unchecked.

There is, however, recent precedent for how a bipartisan approach and an open legislative process can lead to success. Legislation became law this week that enhances U.S. government authorities to address emerging national security issues associated with foreign investment in the U.S. and the export of critical technologies. The legislation improved over time because Congress used a nonpartisan, bicameral, civil (mostly), principled process that included robust hearings, thoughtful debate and engagement with stakeholders, former officials from Democratic and Republican administrations, other subject matter experts and Trump administration officials. The debate identified the real national security and trade issues and addressed them in a way that all these interests could largely agree on.

My modest proposal here is for those on all parts of the left and all parts of the right to take a breath, collect the facts and work through the current trade issues together for the greater good.

Kevin Wolf is a long-time Arlington resident and was the Assistant Secretary of Commerce for Export Administration from 2010-2017.