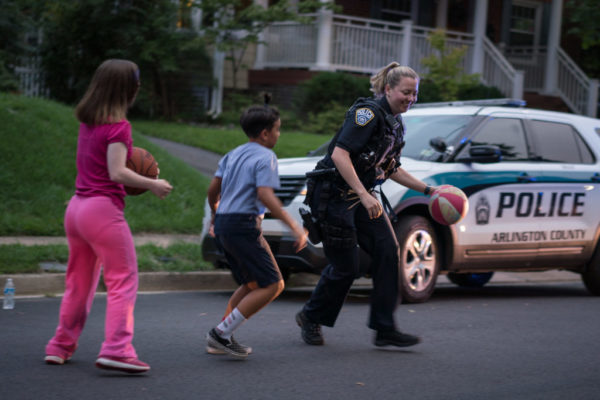 Dirt Bike, ATV Riders Swarm Local Streets — A large group of ATV and dirt bike riders rode through the streets D.C. and Arlington last night. The unruly group rumbled through Rosslyn and stopped at the Exxon station on N. Rhodes Street to refuel. No arrests were made in Arlington, NBC 4 reported. [Twitter, NBC Washington, WTOP]

Police Department Wins Video Award — “Three videos by the Arlington County Police Department… have been selected as winners in the 39th annual Telly Awards. The Telly Awards honors excellence in video and television across all screens and it is judged by leaders from video platforms, television and streaming networks, agencies, and production companies.” [Arlington County]