An ’80s themed bootcamp will take place in Rosslyn tomorrow to honor Ralf Hofmann, a man remembered as a passionate advocate for Arlington’s homeless and recent immigrants.

Hofmann, a former General Manager at the Hyatt Centric Arlington who was very active in several local charities, passed away on July 30 after a battle with a rare and aggressive cancer. All proceeds of the bootcamp will go towards a GoFundMe set up to support his wife, Heather, and their two sons.

The bootcamp will be held in Gateway Park (1300 Lee Highway). Sign in for the event starts at 6:30 p.m., with the workout starting at 7:30. A raffle afterwards will give attendees a chance to win a weekend stay at the Hyatt Centric, free dinner at Cityhouse, or a month of free coffee from Key Bridge Terrace. Attendees are encouraged to wear ’80s themed workout attire and plenty of neon.

Hofmann worked in culinary arts for over 30 years, working in the Hyatt Centric as executive chef before becoming general manager. In his work at the hotel, he regularly partnered with groups like the Arlington Street People’s Assistance Network (A-SPAN) and served on the board of La Cocina, a program that offers local latino immigrants a bilingual course in job training and language skills.

“We approached [the Hyatt Centric] to become a partner, meaning they hire our students for internships,” said Paty Funegra, CEO of La Cocina. “Ralf right away pushed to sign that agreement. They hosted our students there in the kitchen, and when he got promoted to operations manager, he approached me to offer more help. ‘I’m here,’ he told me, ‘can I help you in any other capacities?'”

Funegra said Hofmann was one of La Cocina’s biggest advocates, and was active in helping the group fundraise.

“He was my mentor,” said Funegra. “He was very generous, very open. He had a big heart, and cooking was his passion.” 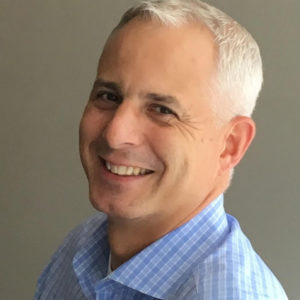 Funegra said that Hofmann himself was an immigrant and that he was very conscious of trying to offer opportunities to others. Hofmann had a large collection of cooking books, which he donated to La Cocina to form the start of their library at their new facility at 3507 Columbia Pike. Funegra said they will be naming it the Hofmann Family Library in his honor.

Kathy Sibert, CEO of A-SPAN, said Hofmann was a driving force behind having the Hyatt host events for local charities and holding donation drives. For those in A-SPAN ready to work, Hofmann made sure there were internships available.

“Ralf was very involved,” said Sibert. “He worked on all of these things. He came to the events and really set the tone with his staff: to be very involved in the community.”

“We thought the Hyatt might be a good relationship, but Ralf really brought it to a personal level,” said Scott Miller, senior director of development at ASPAN. “He was absolutely the first to offer up an internship program, giving people a second or third chance. That was one of our first corporate partners for an internship. There are a lot of hurdles to jump, you had to get that person willing to raise their hand and say, ‘I’ll be your champion.’ Without Ralf’s help, we wouldn’t have had those jobs and internships, and those people wouldn’t have had their second chance. He opened up their facilities. It was his willingness to take that chance and be that champion with them.”

As a manager, Miller said Hofmann was very inclusive and made sure everyone had a voice and felt included.

“It was never a manager talking down to people, it was seeing people eye to eye,” said Miller. “He wanted to make sure people felt comfortable and friendly.”

Miller said whenever someone new would start working at the Hyatt Centric, Hofmann would make sure they had a “coffee break buddy”, someone who could help show them around and make sure they didn’t feel isolated.

According to his friends, Hofmann was also a very smart dresser.

“He would always wear beautiful suits; tailored with a handkerchief,” said Miller. “One time, we borrowed a riser for our open house… When we finally got it back to him, it must have been 100 degrees outside. The hospitality people were out there doing other stuff, and he’s out there in his expensive suit moving it by himself.”

Miller said Hofmann tore part of his suit moving the heavy riser, but that he was dismissive of it.

“That was Ralf; willing to help,” said Miller. “He wouldn’t pull someone off desk duty if it was something he could do himself.”