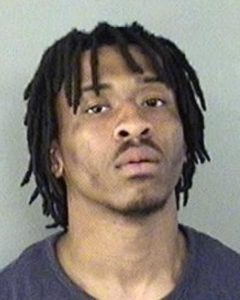 A Maryland man is now facing a slew of charges after he allegedly fled a traffic stop along I-66, then crashed into a car carrying three people in Williamsburg on Tuesday (Aug. 21).

Virginia State Police and county police tried to pull over a 2017 Honda Civic taking the exit ramp from westbound I-66 toward N. Sycamore Street when the driver refused to stop, according to state police spokeswoman Corinne Geller.

The car “sped away at a high rate of speed,” Geller said, and then struck another car near the intersection of N. Sycamore Street and Williamsburg Blvd. The driver of the Honda, subsequently identified as 21-year-old Brandon Andrew Lee of Ft. Washington, Maryland, fled the scene of the crash on foot.

Lee is now charged with possession of stolen property with intent to sell, one felony count of eluding police, driving on a revoked license and two drug charges. He’s set for a hearing in Arlington General District Court on Sept. 20, and is currently being held in the county jail.

The adult and two children inside the other car involved in the crash were not injured, Geller said.