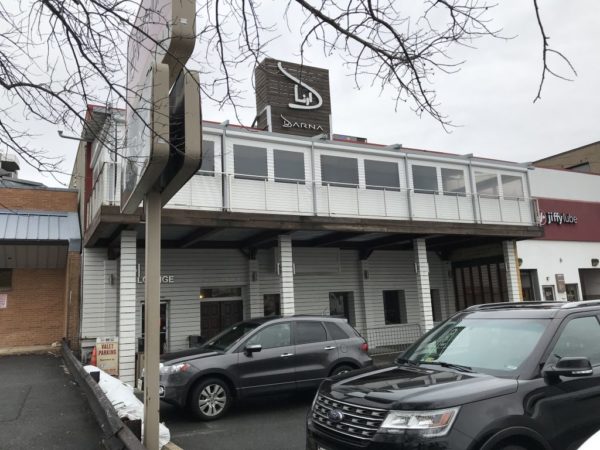 After months of back-and-forth with county inspectors, Darna Restaurant and Lounge looks to be out of the woods.

The Virginia Square bar, located at 946 N. Jackson Street, is now in line to win a key permit renewal from the County Board this weekend. County staff say Darna successfully resolved its outstanding code violations last month, and they’re recommending that the Board allow the lounge to stay open, at least for the next year.

Arlington briefly shut down Darna earlier this year, citing a variety of health and safety code violations at the site, though it did manage to resolve enough of those to re-open in April and attract some attention from both Tristan Thompson and TMZ.

But the county found more issues at the restaurant this summer, and even charged owner Ahmad Ayyad with a misdemeanor for his failure to secure the proper building permit for doing some work on the property. By Aug. 17, however, county staff wrote in a Board report that Ayyad had “resolved all violations” at the restaurant, and earned a new “certificate of occupancy.”

Staff noted in the report that Darna still ran into a few problems over the past few months — on July 27, the fire marshal’s office cited the restaurant for being over capacity by several dozen people.

Even still, the county staff is recommending that the Board renew Darna’s use permit through September 2019. The Board will take up the matter on Saturday (Sept. 22) as part of its consent agenda, which is largely designed for non-controversial items to be approved all at once.

The county’s case against Ayyad and his Maaj Corporation remains active, however. He’s set for an adjudicatory hearing in Arlington General District Court on Sept. 27, per court records.