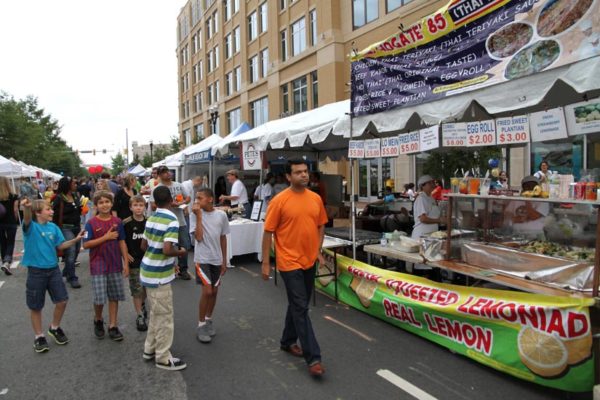 Clarendon Day, one of Arlington’s oldest and largest street festivals, will return this Saturday (Sept. 22).

The event will dominate the heart of Clarendon’s main strip of businesses from 11 a.m. to 6 p.m., offering all manner of exhibits, food, drinks and performers. The Clarendon Alliance, which organizes the event, is expecting as many as 20,000 attendees this year.

The fair will run rain or shine, and offer dozens of vendors, Virginia wine and beer and food booths from restaurants in Clarendon and elsewhere around Arlington, per its website.

Performers at the event’s two stages include:

The Clarendon Day 5K and 10K races, backed by Pacers Running, will also return Saturday. The races are set to begin at 8 a.m.

Arlington police are warning of plenty of road closures associated with the race and the event itself. From 3 a.m. to 7 p.m. the following will be closed:

Organizers recommend biking, walking or using public transit to reach the event to avoid those closures.