The demolition for Fire Station 8 is still a long ways away, but two homes behind the building are being prepared for demolition to eventually make way for a temporary station.

According to Peter Golkin, a spokesman with the Arlington Department of Environmental Services, the homes at 2211 and 2215 N. Culpeper Street will be demolished at the beginning of next week.

Currently, contractors at the site are putting up sediment and erosion control barriers around the buildings.

The buildings were purchased by Arlington County in December 2016 for $1.6 million.

According to Ben O’Bryant, spokesman for the Arlington Fire Department, demolition of Fire Station 8 is still at least a year away. O’Bryant says the Fire Department wants to have the temporary station built and running before they start to tear down the existing station. 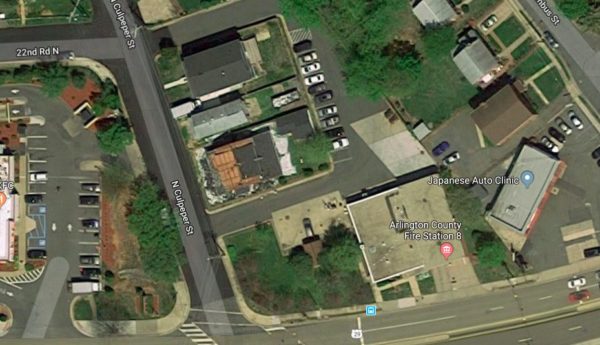