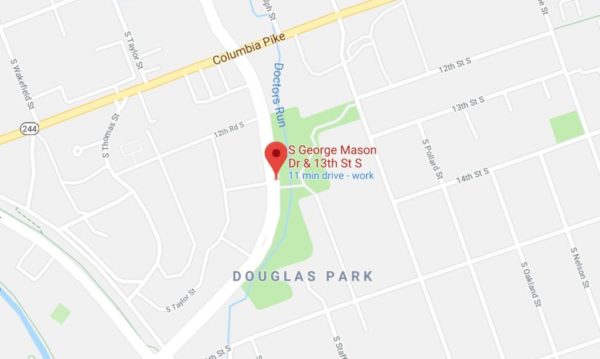 (Updated at 11:20 a.m.) An Arlington man has been arrested and now faces accusations of a litany of crimes from sexual assault to murder to robbery after a night of violence in the Douglas Park neighborhood.

The reported crime spree started shortly after 9 p.m. Thursday in the area of Doctor’s Run Park, south of Columbia Pike. 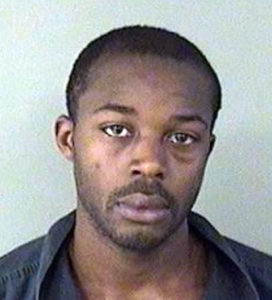 Police say 27-year-old Michael Nash was sexually assaulting a woman along the 1300 block of S. George Mason Drive when a witness, 54-year-old Arlington resident Patricio Salazar, tried to intervene. The suspect then allegedly struck Salazar, who was knocked unconscious and later pronounced dead at the hospital.

Nash fled the scene and robbed a woman of her cell phone as he fled, according to police. Officers and a police helicopter searched the area and eventually apprehended Nash near the intersection of Columbia Pike and S. George Mason Drive.

Nash is now facing multiple charges, with additional charges pending. This was the second reported homicide in Arlington so far this year.

Arlington County Police announce the arrest of an Arlington man following an overnight homicide investigation. Michael Nash, 27, was arrested and charged with Abduction with the Intent to Defile, Forcible Sodomy and Animate Object Sexual Penetration. Additional charges are forthcoming. Mr. Nash is being held without bond in the Arlington County Detention Facility.

At approximately 9:21 p.m. on October 18, police were dispatched to the 1300 block of S. George Mason Drive following the report of multiple 9-1-1 calls. The preliminary investigation determined that the suspect was walking in the area with a known female victim when he began to physically and sexually assault her. A male witness observed the assault and attempted to render assistance to the victim. The suspect physically assaulted the witness leaving him unconscious. The witness, Patricio Salazar, 54, of Arlington, VA was transported to George Washington University Hospital where he was pronounced deceased.

During the course of the investigation, detectives from the Department’s Homicide/Robbery and Special Victims’ Units developed a possible suspect description. Members of the Tactical Unit located the suspect and took him into custody without incident in the area of Columbia Pike and George Mason Drive.

The investigation into this homicide remains ongoing. Anyone with information about this incident is asked to contact Detective J. Trainer of the Arlington County Police Department’s Homicide/Robbery Unit at 703-228-4185 or [email protected] Information may also be provided anonymously through the Arlington County Crime Solvers hotline at 1-866-411-TIPS (8477).

ACPD is investigating a homicide at 13th St. S. At S. George Mason Dr. Preliminary investigation reveals that a male victim was assaulted and transported to an area hospital, where he succumbed to his injuries. Investigation is ongoing. Expect police presence in the area.