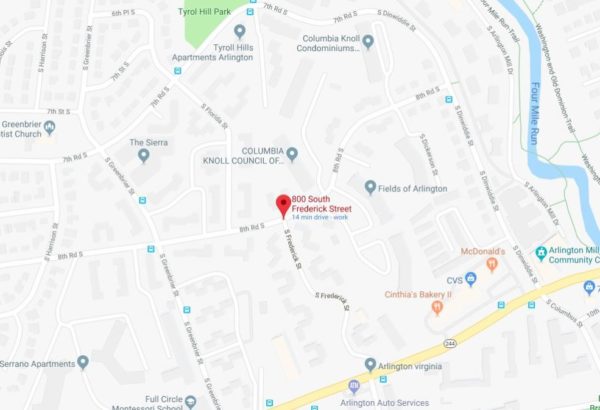 Police were called to the Arlington Mill neighborhood, north of Columbia Pike, over the weekend for a report of a man standing around with his pants unzipped.

According to Arlington County Police, a resident of the 800 block of S. Frederick Street spotted the man standing in the woods, staring with him, around 6 p.m. on Saturday. The man’s pants, according to the resident, were unzipped.

Ten minutes later, the same man was spotted “exhibiting the same suspicious behavior,” prompting the call to police. By the time officers arrived, the man had zipped out of the area and could not be located.

INDECENT EXPOSURE, 2018-10200181, 800 block of S. Frederick Street. At approximately 6:24 p.m. on October 20, police were dispatched to the report of a suspicious person. Upon arrival, it was determined that the victim was in the parking lot of his residence when he observed an unknown male suspect in a wooded area staring at him with his pants unzipped. When the victim returned approximately ten minutes later, he observed the same male exhibiting the same suspicious behavior and called police. Arriving officers observed the male in the area, however, he fled on foot. The area was canvased with negative results. The suspect is described as a white Hispanic male, in his 40’s, approximately 5’6″, with an average build, dark hair with a receding hairline, wearing jeans and a light grey and black sweatshirt. The investigation is ongoing.