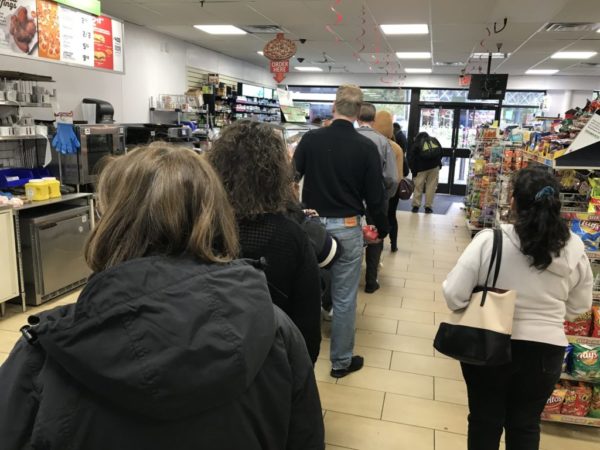 Effort Returns $68K to Arlington Residents — Staff from the Virginia Dept. of the Treasury were on hand at county government headquarters in Courthouse earlier this month to encourage those coming to pay their local taxes at the deadline to see if they have any unclaimed cash or property being held by the state. In all, the officials were able to return about $68,000 to people who stopped by. [InsideNova]

Population Growth Outstripping New Housing — A potential major worry should Amazon bring its HQ2 to the D.C. area is what it will do to the cost of housing. The region has fallen significantly short of housing production since 2010, according to a new report: “While the inner region’s population increased 7 percent, the number of housing units increased only 3 percent.” [Urban Institute]

County Defends Using Bonds for Artificial Turf — Despite suggestions otherwise, Arlington County Board members said Saturday that the county only uses bonds to fund artificial turf project when the lifespan of the bond equals or is less than the expected lifespan of the turf. [InsideNova]

Mea Culpa — Yesterday, ARLnow sent a promotional email for a townhouse community with the pithy subject line, “So many reasons to move to Chantilly, VA.” While we didn’t get any complaints, this subject line does not reflect our commitment to serving the Arlington community and sending it as-is was a mistake for which we apologize.