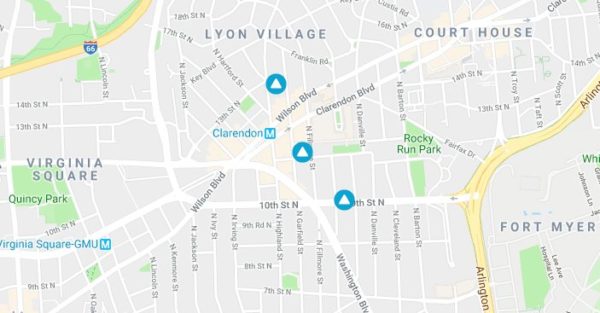 Several dozen Dominion customers are currently without power in the Clarendon area.

The traffic signals at several intersections are dark, according to scanner traffic. A number of businesses, including the Trader Joe’s store and Pete’s Apizza, are without electricity, according to a passerby.

Police are on scene helping to set up cones and direct traffic at the affected intersections.

Trader Joe’s and Pete’s are without power.

Looks like there’s a power line down near Fairfax Drive?

A power outage has been reported in Clarendon. Remember to treat all uncontrolled intersections as a FOUR-WAY STOP. pic.twitter.com/umPrGlq2vt