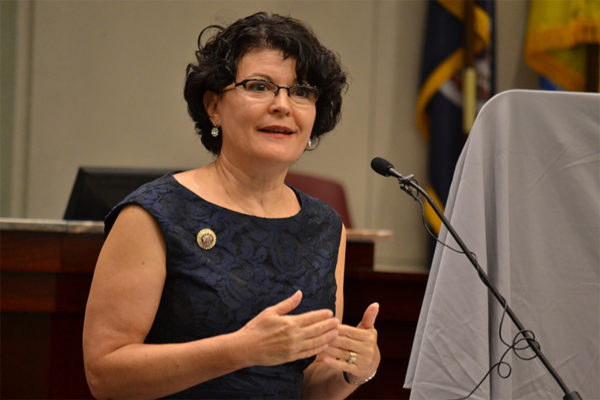 (Updated at 3:35 p.m.) In Arlington’s long fight to regain control of its school calendar, one of the county’s representatives in Richmond finally sees some reason for optimism.

School leaders have hoped for years now to wrest control of the calendar from state officials, giving Arlington Public Schools the chance to start classes before Labor Day each year. State law generally bars school systems from starting any earlier unless officials can demonstrate a compelling reason to push up the calendar, like the threat of winter weather, in what has long been referred to as the “King’s Dominion Rule.”

The theme park helped convince state lawmakers to take control of the school calendar in a bid to boost the state’s tourism industry back in 1986, and the company has frequently fought attempts by school systems to adjust their own calendars since, over fears that doing so would cut into the park’s pool of low-wage summer workers. But the park’s ownership has softened its opposition to the change as time has gone by, and dozens of school systems have managed to obtain “waivers” to the state law to set calendars as they please.

Even still, the General Assembly has repeatedly stymied efforts to hand control back to all the state’s school systems, including Arlington, despite the mounting pressures of standardized tests on the final months of the school calendar. But this year, however, state Sen. Barbara Favola (D-31st District) has hope.

She’s crafting legislation that would specifically give all Northern Virginia localities the power to set their own school calendars. Some, like Fairfax and Loudoun counties, already have waivers to start before Labor Day, but she’s hoping that such narrowly tailored legislation to sweep in counties like Arlington might prove more palatable to her Republican colleagues.

“We have so many jurisdictions under the waiver already, it’s ridiculous,” Favola told ARLnow. “We don’t have control over when SATs or SOLs start… and after those are done, students just aren’t energized. I’m hoping this will finally give Arlington the chance to start earlier.”

The state Senate has killed similar efforts plenty of times before, and this year was no exception. Even though a bill giving all school systems calendar control passed overwhelmingly in the House of Delegates this session, it died narrowly in a Senate committee.

But Favola says she’s heard that some Republicans in the chamber are “not opposed” to the bill she’s planning, and even gotten “positive feedback” from others. During a work session with Arlington’s County Board on Friday (Dec. 7), Favola said she’d heard specifically from Sen. Steve Newman (R-23rd District) that he could support such legislation — that’s notable because Newman chairs the Senate’s Education and Health committee, the very group that killed the school calendar bill this year.

In an interview after the meeting, Favola declined to elaborate on Newman’s support, or put other Republicans “on the spot” who might support the bill. Through his legislative aide, Newman said he will “look forward to reviewing Sen. Favola’s legislation again this year, and will give it every consideration.”

“As you may know, I have been working to get a Labor Day exemption into the budget over the past few years that would cover much of Virginia,” Newman wrote in a statement. “We will continue to move this important endeavor forward in the 2019 General Assembly Session.”

Despite her optimism, Favola would concede that it’s no sure thing that her legislation will succeed. Even though King’s Dominion has not been as vocal in lobbying against such legislation in recent years, she said the company is “still saying there’s a need” for student workers ahead of Labor Day weekend.

That’s where she hopes the legislation’s provision targeting only “Planning District 8” — which includes Arlington, Alexandria, Falls Church, Fairfax, Loudoun, Prince William, Manassas and Manassas Park — can provide some reassurance to the theme park, and the legislators who may be swayed by King’s Dominion’s concerns. Since the park sits roughly an hour-and-a-half down I-95 from Northern Virginia, it stands to reason that it doesn’t draw many workers at all from the area’s schools.

However, Favola’s bill would leave some large and influential localities without calendar control, including Virginia Beach, Chesterfield, Henrico and Richmond.

That means her legislation will likely need to compete with other bills designed to give all the state’s school systems control — Sen. Amanda Chase (R-11th District), and a representative of some suburban Richmond communities a bit closer to the park, has already introduced just such a bill.

The General Assembly is set to reconvene for a one-month-long session on Jan. 9.