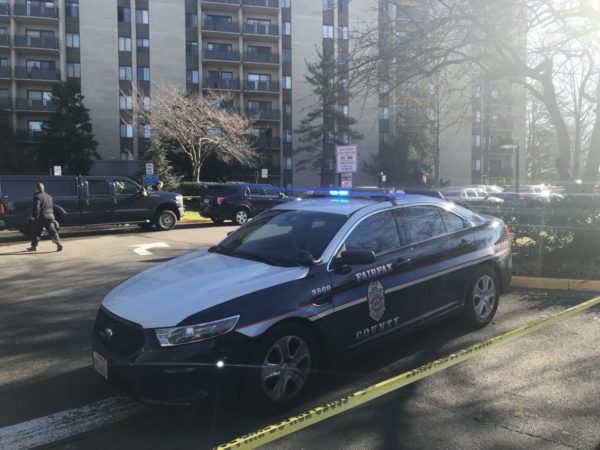 (Update at 2:20 p.m.) Police are now investigating an incident where two people were shot and killed at a Seven Corners-area apartment complex as a murder-suicide.

Investigators now believe a man struck a woman with an SUV, and shot her. He then shot and killed himself, police believe.

Detectives are now working to identify the people involved.

Police don’t believe there’s any threat to the public associated with the shooting, but are still advising people to avoid the area.

Officers are in the 3100 block of South Manchester Street in the Falls Church area of Fairfax County for two people who have been shot. Please stay clear of the area while we investigate. Updates to follow. #FCPD pic.twitter.com/DUN2c5Yimv