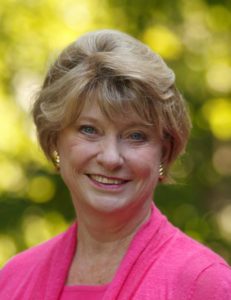 Last summer my husband Hunt and I spent 11 days in Southside and Southwest Virginia. We had read The Extremes of Virginia by Augie Wallmeyer and realized we really didn’t know the people, cultures and challenges of those regions very well.

What started as a simple personal trip went viral when I mentioned our plans at the Leadership Arlington annual breakfast. ARLnow.com picked up our plan and soon the Roanoke Times was writing editorials about it. Dozens of individuals and groups sent suggestions and invitations for our itinerary. We were overwhelmed! With the help of Wallmeyer, who accompanied us on much of the trip, we scheduled various meetings and activities.

More than 250 people came out to chat with us during our 1,238-mile journey. We visited Farmville, Danville, Martinsville, Hillsville, Abingdon, Bristol, Wise and Grundy. Civic leaders, business leaders, higher education administrators and faculty, public safety professionals and engaged citizens participated in a wide range of briefings, conversations and tours.

Reflecting back, I am basically optimistic about the future of these parts of our state. They have great challenges but they also have engaged, committed local leaders. Most are convinced the worst of the economic dislocation is behind them. They are preparing their workforce for future jobs. They are forming public/private partnerships to attract new businesses. I believe we must help them achieve their goals. Virginia won’t reach its potential unless all our people are able to reach theirs.

Education is the focus everywhere. The community colleges, the New College Institute, and specialized colleges are agile and responding to workforce needs. Increasingly, the emphasis is placed on credentials rather than degrees.

Since we were there in the summer, we did not focus on public schools. However, they are stressed. Ancient buildings and leaky roofs are the norm. Internet access is limited. Enrollment is declining as families move elsewhere. There is a severe teacher shortage (a statewide problem). Interestingly, a couple of localities have increased taxes to better fund their schools. Some local officials are showing real political courage in a deep red part of the state.

Everyone realizes they are facing serious social problems. Specifically, substance abuse is destroying many youth and disrupting the social fabric. Access to healthcare is a critical need. Medicaid expansion will help tens of thousands of residents but other thousands will not qualify. The doctors leading the internationally recognized Health Wagon (providing services to low-income residents) expect their mission to continue.

Southside is slowly overcoming the legacy of segregation. African American leaders – many elected — say there has been much progress over the past 50 years but there is still a long way to go. I was briefly a civil rights worker in Danville in 1963 when there was a police riot, so seeing the improvements there has a deep personal meaning for me.

In this part of the commonwealth, counties with fewer than 30,000 people are commonplace. In my opinion, there are too many governmental entities in the regions. This is inefficient and unnecessarily costly. It also leads to competition where collaboration would be more production. GoVirginia — a state effort to encourage economic growth and collaboration — is having some success in breaking down these barriers.

Southside is cleverly exploring international business ventures. Various institutes are finding a niche with smaller startups. Most encouraging for the region is the strong leadership being shown by business and elected leaders. Both Danville and Martinsville have well-endowed foundations that provide resources and guidance to their communities. Educational opportunities are topnotch, such as the University of Virginia’s campus in Wise, the Appalachian School of Law and the Appalachian Collage of Pharmacy, both in Grundy.

Southwest has tremendous tourist potential. I have never seen a more beautiful and dramatic countryside. Outdoor recreation opportunities are everywhere. Music buffs have concerts in almost every community weekly throughout the summer. Summer theaters also are located in several towns. And there are several good wineries and breweries!

I left the two regions hopeful about their future. Yes, they are the “extremes of Virginia” as Wallmeyer labeled them in his book outlining their poverty and challenges. But both regions have local leaders who are focused and determined to improve their communities. I think they will succeed. We must actively collaborate with them.

Virginia State Sen. Janet Howell represents District 32, which includes a portion of Arlington. She has been a member since 1992 and has worked on family violence prevention, technology issues, and improving the treatment of those with mental illness.

Read more →
More Stories
Peter’s Take: The Fiscal Impacts of Development in ArlingtonThe Right Note: Getting Ready for the Speeches