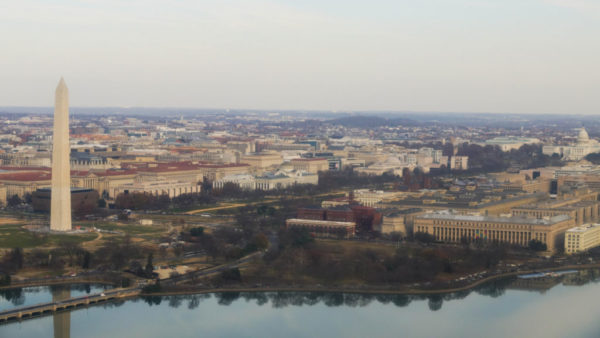 Overturned Vehicle Near Gunston — A vehicle overturned in a reported four-vehicle crash in the Long Branch Creek neighborhood yesterday afternoon. The crash happened on the 1500 block of 28th Street S., near Gunston Middle School. Two occupants of the overturned vehicle were able to get out safely prior to rescuers arriving on scene, according to initial reports. [Twitter]

WUSA 9 Back on Fios — After several days of being blacked out for Verizon Fios customers as a result of a fee dispute between Verizon and Tysons-based broadcaster Tegna, local CBS affiliate WUSA 9 has returned to the Fios lineup. In an email to an upset resident during the blackout, forwarded to ARLnow.com, Arlington’s cable administrator said there was nothing the county could do to help resolve the dispute. [Washington Business Journal]

Salt Dome Goes Bye Bye — “Up since 1928 when it originally held water, the old salt tank on Old Dominion is coming down this week with an interim replacement directly behind… Tanks for your service.” [Twitter]

Chamber: Amazon Will Help Arlington Grow — In a letter to its members, the Arlington Chamber of Commerce argues that Amazon’s arrival in the county will be a benefit for the local business community. “The Amazon headquarters helps us to grow back the jobs lost in the past decade,” the Chamber’s Scott Pedowitz wrote. “This development will happen across the next 12 years, which means that it will be gradual; our labor and real estate markets will not change overnight.” Amazon is only expected to bring 400-500 jobs to Arlington this year, though it plans to add 25,000 jobs in the county through 2030, the letter said. [Chamber of Commerce]