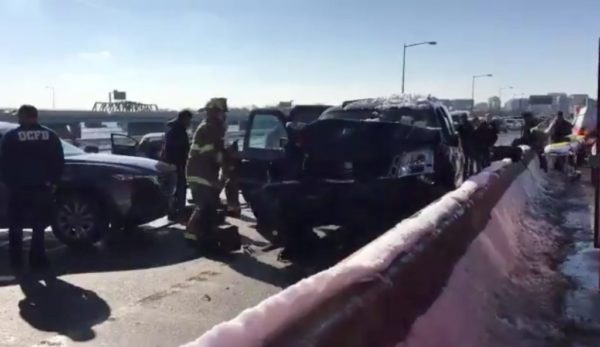 (Updated at 11:35 a.m.) All lanes of the HOV span of the 14th Street Bridge are blocked by a serious crash.

Four vehicles are involved, one person is trapped in their vehicle and four people are injured, D.C. Fire and EMS said via Twitter. Of the four injuries, one is considered serious while the other three are considered minor.

Firefighters are currently working to free the person trapped in a vehicle.