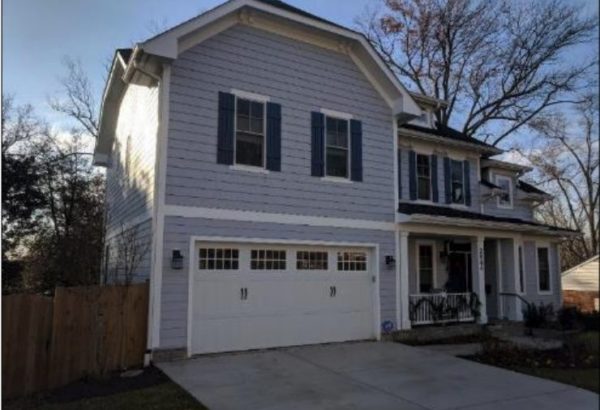 Arlington zoning inspectors recently made an unusual discovery — a group of nuns living in a Williamsburg convent is currently running afoul of some county rules.

And in the process of trying to right that zoning quirk, county officials stumbled upon a similarly unique dispute within the neighborhood over how, exactly, the county should hand out a permit to let the nuns continuing living in their current home.

The dispute is set to come before the County Board this weekend, and involves a group of seven nuns who work as teachers at the nearby Bishop O’Connell Catholic High School.

The “Sisters of the Immaculate Heart of Mary” have lived in a home along the 2800 block of N. Rochester Street since winning a permit from the Board last year, according to a report prepared for the Board.

But as county staff commenced a one-year review of that permit, they discovered that the nuns never obtained a “certificate of occupancy,” a document from the county certifying that the building’s occupants were following the terms of the convent’s permit.

Staff notified the sisters and the Catholic Diocese of Arlington, and they’re now recommending that the Board give them three months to straighten out that deficiency.

Yet they’re also suggesting a new condition for the permit allowing the convent to operate, after hearing from one concerned neighbor. That person expressed concern that “the use permit for group living/dormitory could be transferred to another occupant upon sale/leasing of the property to another user that could operate under the use permit without further review by the County Board.”

“If the current owners of the house were to sell the property to another user that agreed to abide by the current approved conditions, there is a possibility that another of the uses that falls within the group living category could occupy the premises,” staff wrote. “As a result, staff is recommending a new condition that would limit the use permit to the current convent use; any other use of the premises for group living would require a review by the County Board.”

If the Board agrees to follow staff’s recommendations, it will take up the matter again in April, when members could renew the convent’s permit for a full year. The matter is slated for the Board’s consent agenda Saturday, which is generally reserved for noncontroversial items to be passed all at once.