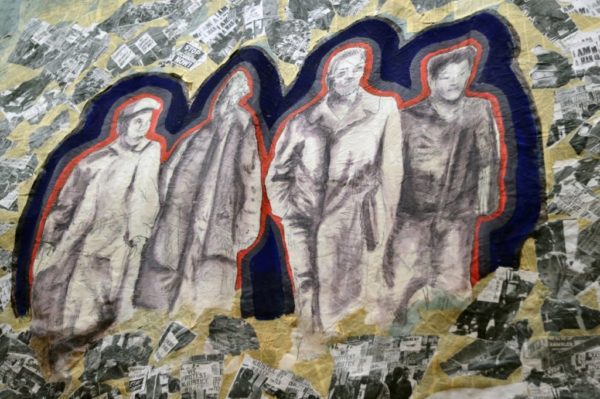 It’s been sixty years since four black students integrated Stratford Junior High School, marking the beginning of the end of school segregation in Virginia, and Arlington leaders are planning a special event to commemorate the momentous anniversary.

The event will mark nearly 60 years to the day from when the students first attended the school back on Feb. 2, 1959, as Stratford became the first school to defy the state’s policy of “massive resistance” in the face of the Brown v. Board of Education decision banning school segregation.

The program will include remarks from School Board Chair Reid Goldstein and County Board Chair Christian Dorsey, as well as three of the four students who first integrated the school: Ronald Deskins, Michael Jones and Gloria Thompson. The fourth, Lance Newman, passed away last fall.

Doors will open at 6 p.m. for anyone hoping to examine artifacts and art from the civil rights era, with the formal program beginning at 6:30 p.m.

The gathering comes at a time of great change for the Stratford property. With H-B Woodlawn and Stratford programs set to move to a new building in Rosslyn for the new school year, the site will soon become home to a new middle school.

The School Board decided late last year to name the building for Dorothy Hamm, an Arlington-based civil rights activist who fought for the integration of Stratford. However, the Board attracted some backlash by stripping any reference to Stratford from the building’s name, given the term’s connection to Robert E. Lee and his family home of Stratford Hall.