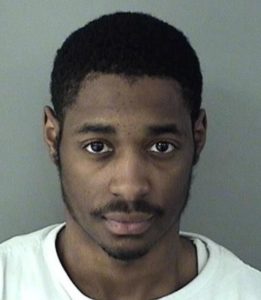 A D.C. man will now spend nearly 30 years behind bars after he posed as a maintenance worker and then sexually assaulted a woman in Rosslyn.

“The defendant preyed upon his victim’s sense of safety by posing as someone she should trust in her own home,” Police Chief Jay Farr wrote in a statement. “While nothing can completely restore her sense of security, our community is safer today because of the significant sentences imposed by the court on a violent offender.”

Prosecutors say Lowe entered an apartment building on the 1500 block of Key Boulevard around 9:45 a.m. on May 7, 2017, where he began knocking doors and claiming to be a maintenance worker.

When one woman opened her door, Lowe pushed past her into the apartment and sexually assaulted her before fleeing the scene. Detectives then relied on a “review of crime scene evidence, witness interviews and laboratory results” to identify Lowe as a subject, according to a news release.

“The sentence handed down by Judge Louise DiMatteo takes a dangerous predator off the streets and puts public safety front and center,” Commonwealth’s Attorney Theo Stamos wrote in a statement. “The defendant was brought to justice by the dogged work of Arlington County detectives who worked painstakingly to identity Lowe and link him to his crimes.”