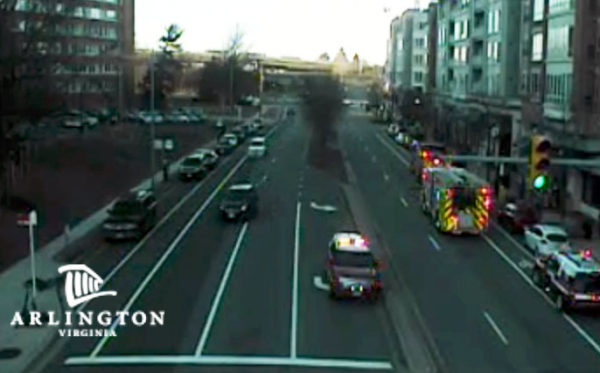 (Updated at 5:30 p.m.) Arlington County firefighters have extinguished a blaze near the TJ Maxx Store at Pentagon Row.

Firefighters first heard reports of smoke coming from vents and heat in the ceiling of a utility room near the shop and the apartments above it around 5 p.m.

About half an hour later, firefighters were able to get the fire under control, according to the department’s Twitter account.

They remain on the scene checking for “hot spots” from the blaze.

The fire prompted the building’s sprinkler system to activate, per scanner traffic.

#Update: Crews are currently putting a knock on the fire. Truck companies are opening up walls and ceiling to expose the fire. pic.twitter.com/P5v0E33oDO

#Update: Units have located the fire in the ceiling and walls of a utility room. pic.twitter.com/8cCOBRCTjX

#Breaking: Units are on scene at 1200 S Joyce St at a mid-rise with flames coming from vents on the ceiling. Units are trying to locate the source. pic.twitter.com/66TE4eSgXA