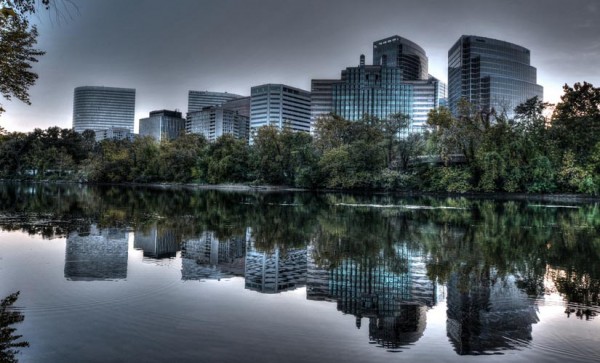 Arlington is among the country’s least politically open-minded counties, according to new polling published in The Atlantic.

The magazine partnered with polling company PredictWise to rank all 3,000 U.S. counties on an interactive map published today (Monday) by how much “partisan prejudice” citizens from the areas expressed. PredictWise is run by economist David Rothschild and is dedicated to “help progressive change-makers,” per its website.

Counties were ranked based off of surveys of 2,000 respondents who were asked questions such as, how they felt about family members marrying across the political aisle, and whether Democrats or Republicans were “selfish, compassionate, or patriotic.” PredictWise then combined the data was combined with county “voter files” that record voter turnout and registration. The result is a heat map ranking every county from “less prejudiced” to “more prejudiced.”

PredictWise found that demographic variables like age, race, education, and proximity to cities correlated with the amount of prejudice in a county. They reported predicted more prejudice in communities that are whiter, older, urban, and more highly educated.

One last larger point: What I love about the story (yes, I am biased) is its method of data-driven ethnography – not aware of many pieces nowadays that can say that – to get at incredibly complex problem. It opens healthy debate, and beats every @nytimes Ohio diner story! https://t.co/dA1jOHUMEW

The area of the country PredictWise’s data deemed the most politically close-minded was Suffolk County, Massachusetts. The most open-minded was Watertown, New York.