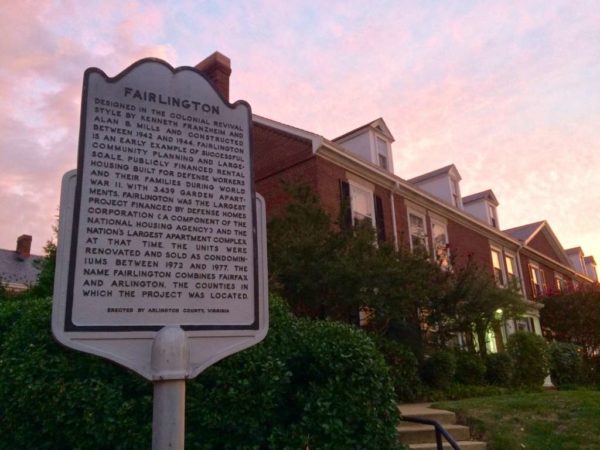 Update at 9 a.m. — Water pressure has been restored to the neighborhood, though there are some reports of water pressure being low.

Crews have identified the water main break near S Walter Reed Dr on the Four Mile Run trail that is impacting service for a number of residents in the area. Repairs are in progress. Expected completion time is TBD. pic.twitter.com/FK8vaaoWDu

UPDATE 6am: Crews isolated the break shortly after midnight and restored pressure throughout the system. Service is believed restored to all homes. Flushing and other work on the broken pipe is expected much of today. Questions/concerns: 703-228-6555.

Several areas in Fairlington are affected by the lack of water or by low water pressure. Arlington County is working in repairing of a 12" main water line. At this point, they do not have a time for the water to be fully restored.

Earlier: A large section of Fairlington has lost its water service.

The outage was first reported around 9:45 p.m. An initial report from Arlington’s Dept. of Environmental Services said the outage was the result of a water main break.

“Crews have been dispatched,” the agency said. “More information, including estimated completion time, will be available as soon as possible.”

Thousands live in the Fairlington neighborhood, which is divided by I-395 into north and south sections — both of which are without water, according to reports from residents.