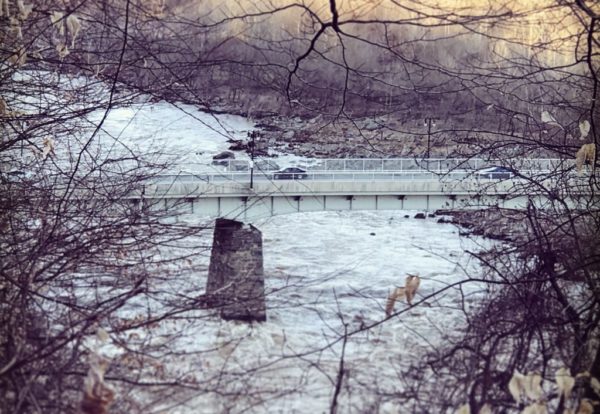 Amazon Talking to Unions — “Amazon.com Inc., JBG Smith Properties Inc. and union representatives in the D.C. region have met a few times in the last six weeks to discuss benefits and wages for the workers who will build HQ2 in Pentagon City.” [Washington Business Journal]

Changes Coming to Arlandria? — “For decades, developers have eyed Arlandria, the working-class neighborhood near Reagan National Airport where a transplanted Hispanic culture flourishes amid Northern Virginia’s upscale condominiums… Now, crime is down, the economy is humming, and Amazon is moving in virtually next door, with plans to hire thousands of well-paid workers, who’ll be in search of easy commutes.” [Washington Post]

Op-Ed: Nix Arlington Arts Cuts — “If the 2020 budget that Arlington County Manager Mark Schwartz submitted to the County Board is implemented, it will prove to be devastating to the Arlington arts community.” [Washington Post]

Arlingtonians Help Save Bird — A pair of Arlington residents, including former Arlington Outdoor Lab executive director Neil Heinekamp, “came to the rescue of a distressed bird” found on a nature trail in The Villages, Florida.  [InsideNova]

Kitchen Fire in N. Arlington High Rise — “Units called to 4300 blk of Lorcom Lane for oven fire on 6th floor of a residential high rise. Fire is out with minor extension to surrounding cabinets. Crews working to ventilate smoke and scaling back response.” [Twitter]

Nearby: Halal Butchery Controversy Continues — “Letter-writer compares proposed halal butchery in Alexandria to *slave auctions*: this is the same brutality…’ Even by the standards of Alexandria micro-controversies, the rhetoric around this thing is remarkable.” [Alexandria Times, Twitter]