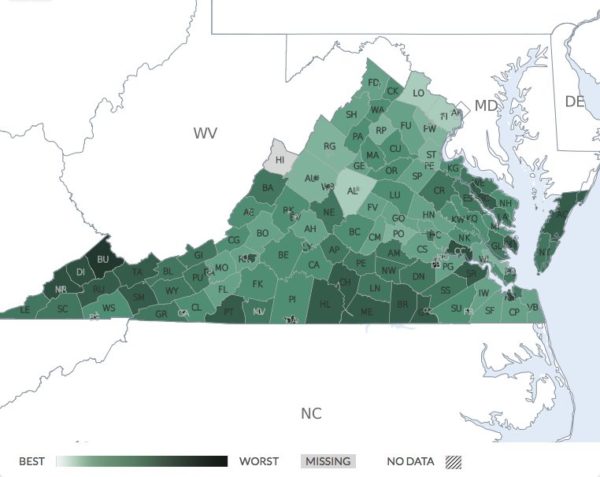 Arlington is ranked as Virginia’s second healthiest county, according to a new study by the University of Wisconsin.

The county ranked right behind Loudoun County when it came to overall health of residents, and scored third best (behind Fairfax and Falls Church) for lacking environmental and behavioral issues that affect residents’ health.

The study is part of a project mapping the health of residents in all U.S. counties, called the County Health Rankings & Roadmaps, which ranked counties using the following data:

The study’s health factors measured variables known to affect people’s wellbeing, like air and water quality, length of commutes, prevalence of addictions, and access to housing, healthcare and employment.

The study was done by the University of Wisconsin’s Population Health Institute and the Robert Wood Johnson Foundation.