In the upcoming June 11 primary, one of the local races in Arlington is for the Democrat who will run for Commonwealth’s Attorney for Arlington County and the City of Falls Church. Progressive Voice asked each candidate for this office “What is the main differentiating factor between you and your opponent in relation to progressive values?”

Here are their responses. 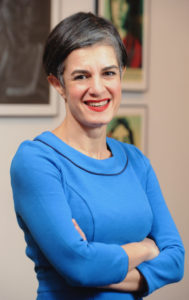 Our criminal legal system needs reform, but what does real reform look like? And, can a career prosecutor in the same office for 32 years be trusted to enact real reform?

In Arlington and the City of Falls Church, the Commonwealth’s Attorney prosecuted over 3,200 simple marijuana possession cases in 6 years, 57% of which in the last 2 years were of black people; though only 9% of the county population, black people are 66% of the jail population; the majority of those in jail are on psychotropic drugs; ten year old kids are charged with felonies for school infractions, and the Commonwealth’s Attorney blocks efforts to raise the felony threshold to $1,000, to expunge records of people convicted of minor marijuana and alcohol offenses before they were 21, to restore voting rights to returning citizens, and to prohibit execution of the seriously mental ill.

I will work to eliminate cash bail; expand diversion programs for our youth, and people who are mentally ill, in the grips of addiction, and with special needs; focus on serious crime; use restorative justice to decrease recidivism and help survivors; and share data to make the office accountable.

If I’m fortunate enough to earn your vote this year, in four years, I’ll come back to this page and, instead of a pithy campaign slogan, I’ll show you a reformed justice system that keeps us safe without participating in mass incarceration, criminalizing poverty, penalizing vulnerable people, or tolerating racial disparities–a system you will be proud of and that will reflect our values. 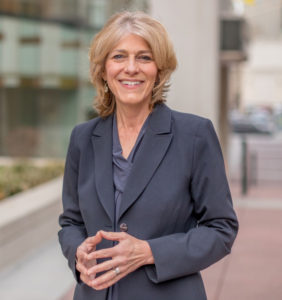 As a Commonwealth’s Attorney for the past seven years, I have been a progressive pioneer on the front lines of the criminal justice system. Whether it was creating Arlington’s first Drug Court program, supporting the creation of our Second Chance program for our youth, expanding criminal discovery or supporting our Bond Diversion program that works to reduce incarceration rates for offenders suffering with mental illness, I have been a leader.

Arlington is a public safety success story because of programs and initiatives I have led on. Second Chance is a robust drug and alcohol intervention program that has diverted more than 500 kids from school suspensions and prosecutions. Our Drug Court, now in its seventh year, helps those on the other side of the spectrum — adults whose lives have been overrun by the disease of addiction. Both programs are built on the belief that we are better off as a community by diverting these folks and getting them the help they need.

I have been a leader in protecting the rights of LBGT crime victims. Long before state law required it, my office insisted that cases of LBGT intimate partner violence be heard in the Juvenile and Domestic Relations District Court because these relationships deserve equal treatment with other intimate partner relationships in the broader community. And it is through my leadership that Arlington has a state-of-the-art protocol dedicated to improving services to victims of sexual assault which is a model for the Commonwealth.

I have more than three decades of experience promoting progressive values to insure fairness to defendants while never forgetting that the criminal justice system exists to provide justice to victims of crime. I will continue to promote these values if I am fortunate enough to be re-elected your Commonwealth’s Attorney.

Theo Stamos, a life-long Democrat, has served as Commonwealth’s Attorney for Arlington County and the City of Falls Church since 2011.

Parisa Dehghani-Tafti has nearly 20 years of experience in the criminal justice system, as a public defender and innocence attorney who has fixed the system’s mistakes, exonerated innocent people of the most serious crimes, and worked to make the system more fair and accurate. Parisa has lived in Arlington for 12 years with her husband, a Georgetown University law professor, and their two kids who attend public school.