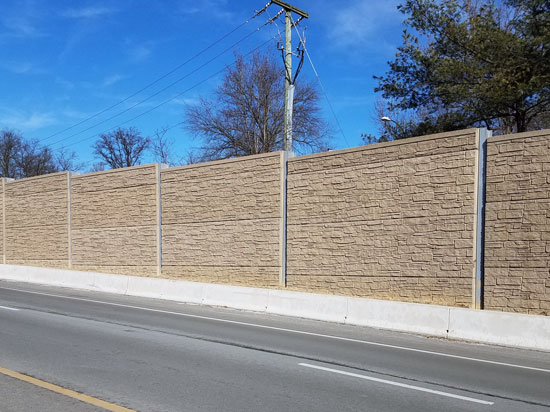 (Updated at 11:40 p.m.) The Virginia Department of Transportation (VDOT) says it intends to replace deteriorating sound walls along I-66 in Arlington.

The sound wall replacement is part of the larger project to expand the highway, a spokeswoman told ARLnow Thursday.

“If your community has a noise wall today, it will have one in the future,” VDOT’s website says. “Existing dilapidated noise walls within the project limits will be replaced with new noise walls.”

A January study on estimated noise impact noted that at least three of segments of “the existing metal noise barriers are in a state of ‘disrepair.'”

Hey ⁦@VaDOT⁩, I hope the residents of Arlington and Falls Church can expect new sound walls with the I-66 lane expansion (MM 68). pic.twitter.com/LY4fM7HcrB

Communities affected by widening of I-66 eastbound between Exits 67 and 71 were mailed ballots in February to vote on the sound walls, according to VDOT’s website on the project.

Spokeswoman Michelle Holland told ARLnow that the ballots were sent to neighbors who would receive a new wall, not a replacement. Holland said that voting process  is still “underway.”

More than 50 percent of the respondents were needed to approve the sound walls.

Construction of the noise walls is expected to start this summer and continue until next fall, according to a presentation for neighborhoods.

The County Board approved the sound walls in February, including a plan to build a connection from Custis Trail onto the N. Harrison Street bridge in Bluemont after officials acknowledged sound walls would block off the trail.