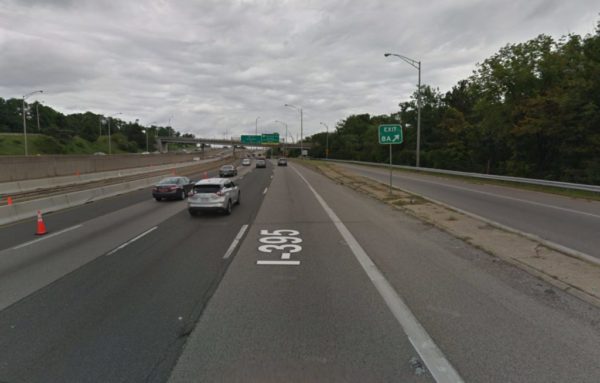 A man died early Tuesday morning after crashing his motorcycle on I-395 in Arlington.

The crash happened around 2 a.m. on northbound I-395 at the Washington Blvd exit, just prior to Pentagon City. The force of the crash ejected the rider, who died on scene, and caused the motorcycle to catch fire.

At 1:58 a.m. Tuesday (April 23), Virginia State Police were called to the scene of a single-vehicle crash in Arlington County. Based on witness accounts, a motorcycle was traveling north on I-395 at a high rate of speed when it ran off the left side of the highway and struck the cement Jersey wall. The motorcycle then crossed over all northbound lanes of I-395 and continued off the right side of the interstate at the Exit 8A ramp. The motorcycle struck the guardrail and its rider was ejected. The impact with the guardrail caused the motorcycle to catch fire.

The motorcycle’s operator died at the scene. State police is still in the process of locating and notifying the next of kin.

The crash remains under investigation.

A crash reconstruction effort closed the ramp during the early morning hours.