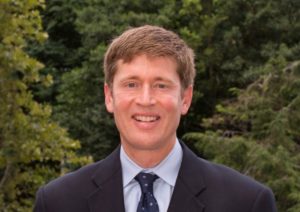 Progressive Democrats care deeply about the environment, the dangers of climate change, and the scientific data that support it. During my 12 years on the Arlington County Board, I learned that getting public policy changes done takes a practical, pragmatic approach and a clear-eyed view of what’s actually possible.

It is in this spirit that I want to assess the Green New Deal. Climate change is an issue that needs to be addressed immediately, and the Green New Deal, a non-binding resolution introduced in Congress, has gotten more people talking.

To me, the Green New Deal (GND) stands for the proposition that the time is past for half-measures. We must decarbonize our economy rapidly. If we had acted 20 years ago, we would not be in such a precarious situation. However, we delayed, denied and tiptoed around the issue. The 10-year timeframe called for in the resolution is an aspirational goal. The real timeline will be in legislation that comes later.

Those who do not want to address climate change falsely claim that the GND will outlaw hamburgers, air travel and more. This is not true. There are thoughtful concerns about the GND: that it is a laundry list; that it calls for too much, too fast; that it should focus on climate change and not try to solve many social problems at once; and that it should strive to be bipartisan.

I tend to agree with those concerns. I think they point in the likely directions the GND could take as it evolves toward passage as legislation in the next Congress.

As a first step, if there is any hope of bipartisan support in Congress, legislation will need to separate the environmental components of the GND from the social justice ones. Putting a price on carbon and investing in renewable energy are issues we can achieve consensus on. Policies that focus on income inequity are needed but will be more challenging to enact.

Locally I was encouraged when I recently met with Jim Presswood, former chairman of the Arlington Republican Party. Presswood runs a non-profit dedicated to convincing conservatives to address climate change. Democrats should work hard toward a bipartisan approach that accomplishes what science says is necessary.

The original New Deal in the 1930s was not one thing, but an approach toward ending the Great Depression, getting people back to work and restoring faith in the country’s financial system. Many ideas were debated and some were implemented. Some worked for a while, some failed, and some have stood the test of time.

I expect the same from the Green New Deal. It’s time to do the best we know how based on science and experience. Let’s put a price on carbon; invest more in clean energy research; invest more in renewable energy infrastructure; and ensure that the benefits of the new energy economy benefit all Americans, including those now dependent on the fossil fuel industry.

There are many variations on the New Green Deal. There already is a proposed Virginia Green New Deal that focuses on state policy. There should be a practical Arlington Green New Deal, too. Here are a few ideas to start:

As President Franklin D. Roosevelt said in 1939, “The most serious threat to our institutions comes from those who refuse to face the need for change.” Today’s Green New Deal is a call to action that can be modified and refined to achieve consensus. My hope is that all of us will collectively face the need for urgent change to protect our climate and environment.

Paul Ferguson has served as the Clerk of the Circuit Court of Arlington and the City of Falls Church since 2008. He served as a Member of the County Board from 1996-2007.

END_OF_DOCUMENT_TOKEN_TO_BE_REPLACED

More Stories
Homelessness Down in Arlington, Except for Young AdultsJUST IN: Injured Worker Rescued from Ballston Home Construction Site