There are any number of issues that keep breweries from turning out their best beer.

Sometimes (read: often) there are equipment malfunctions; sometimes ingredient supply chains are interrupted, or a hop producer has an off-season; sometimes the demands of expansion cause a brewery’s consistency to suffer. What’s happening in Belgium to one of the world’s best-known breweries, however, may be a harbinger of an issue we’ll see more often in the near future.

The Guardian reported recently about the brewery of the Trappist order of monks at the Abbey of Notre-Dame de Saint-Rémy of Rochefort, Belgium — better known to us simply as Rochefort — and its efforts to keep a local lime quarry from drilling into the area’s aquifers, lowering the overall groundwater level.

Popular Mechanics (yes, they’re writing about beer now, too) notes that the quarry wishes to drill some 60 meters deeper than the current level in order to extend the quarry’s lifespan from 2022 to 2045.

The fight has been ongoing since the quarry, owned by the Lhoist-Berghmans, one of Belgiums wealthiest families, first revealed its plans for drilling deeper into Rochefort’s groundwater about a decade ago. A December ruling by a regional administrator to allow the quarry to test the effects of drilling on the local water supply has taken the dispute to a more urgent level.

The Rochefort monks have accused the administrator who approved the testing of bias (once again, the quarry is owned by one of Belgium’s richest families) and are passionately fighting even the testing of deeper aquifers. Rochefort believes the drilling will not simply affect their beer. Luc Perez, a representative for the monks, was quoted saying that “The water that Lhoist will pump up is not drinkable.” 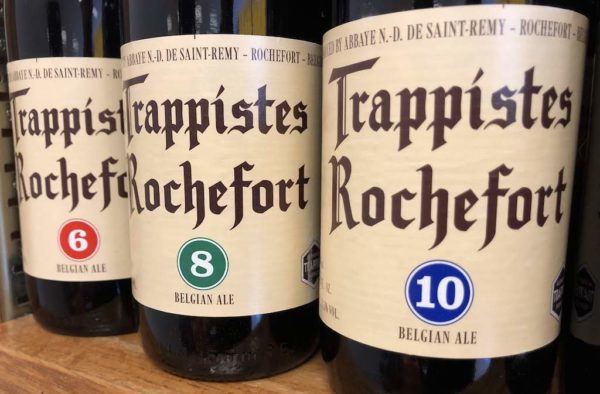 Issues surrounding the quality and availability of freshwater are rising and will continue to rise due to the effect of climate change. While worldwide freshwater supplies are currently arguably good in terms of being able to sustain society and industry, they are unevenly distributed. Belgium specifically is in relatively decent shape, but there is still reason for concern.

European groundwater overall tends to run cleaner than its lakes and rivers, the issues that are found are usually due to “nitrates from agricultural run-off, salt intrusion and hazardous chemical pollution from industrial sites, mining areas or waste storage. Mercury was one of the most common pollutants, with common sources including mining, coal combustion and other industrial activities.” (European Scientist, 5.7.18.)

Still, Lhoist’s testing is slated to begin mid-month. It may turn out to have no effect at all; it may irrevocably alter one of my personal favorite beers ever — the sublime Rochefort 10. Even if the monks manage to fight the quarry off, they won’t be the last to be put in this position.

As demands on freshwater supplies increase, there will be some cases where industry flexes its muscles, and others where the greater societal need will outweigh the concerns of a mere brewery. Something worth keeping an eye on.