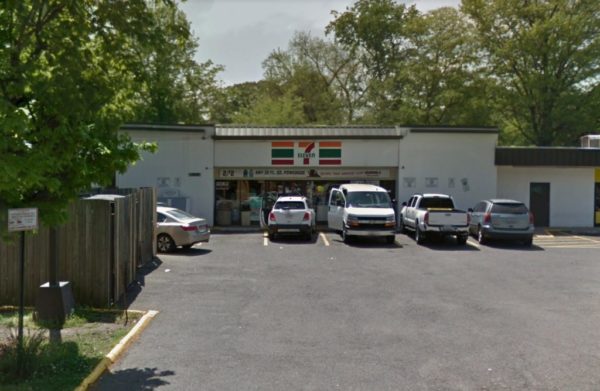 A store in the Virginia Square area was robbed by a man with a gun early Wednesday morning.

Police say a masked man walked into a business on the 3500 block of Wilson Blvd, brandished a firearm and demanded cash from the register, before fleeing “with an undisclosed amount of cash.” The only business on that block that would have been open at the time was a 7-Eleven store.

Responding officers were unable to locate the suspect. More from Arlington County Police:

ROBBERY, 2019-05150009, 3500 block of Wilson Boulevard. At approximately 1:05 a.m. on May 15, police were dispatched to the report of an armed robbery. Upon arrival, it was determined that at approximately 12:56 a.m., an unknown suspect entered a business, approached an employee at the counter and brandished a firearm. He then went behind the counter and demanded the employee provide cash from the cash register. The suspect fled the business prior to police arrival with an undisclosed amount of cash. Arriving officers canvased the area with negative results. The suspect is described as a black male, wearing a blue hoodie, black pants, wearing gray and white shoes and a black mask. The investigation is ongoing.