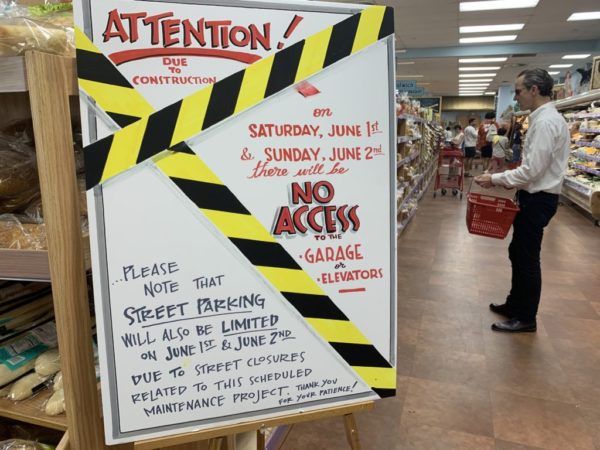 A planned power outage will effectively shut down a number of businesses on one block in Clarendon this weekend.

“We are replacing a transformer,” Dominion Energy spokesman Charles Penn said. “The outage should last 24 hours. The planned transformer and switch replacement is scheduled for June 1 and it will impact 1200 N. Garfield and 3030 Clarendon Blvd.”

While staff at the Clarendon Trader Joe’s (1109 N. Highland Street) said the store will remain open on Saturday — running on their own backup generators — signs warned that there will be no garage access and no elevator access in the building.

The following businesses in that building have signs posted in their windows saying they will be closed:

It’s unclear whether two restaurants in the building — Circa and Bracket Room — will be closed during the planned outages.

Street parking is also likely to be limited in the area, with the Armed Forces Cycling Classic returning this weekend for a race in Clarendon on Sunday.