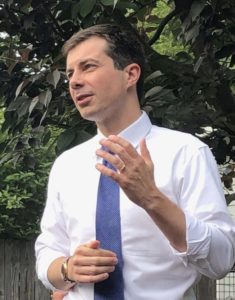 The mayor of South Bend, Indiana fielded questions from donors in the backyard of a supporter’s home in the Waverly Hills neighborhood, near the Lee Heights Shopping Center.

We’re told Buttigieg confidently answered questions ranging from labor relations to how he would campaign against President Trump to “whether the American Dream was still alive.” Former Energy Secretary and New Mexico Governor Bill Richardson was also in attendance, we’re told.