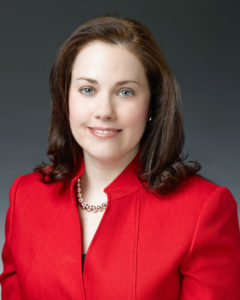 The 2019 Democratic primary in Arlington was a bruiser. On all sides, emotions ran high while the rhetoric ran disappointingly low at times. With the votes now in, the hue-and-cry of the campaign trail has given way to calmer calls for unity. This article is not one of them.

Don’t worry, I’m not calling for ripping up the cobblestones and taking to the barricades either. Instead, my post-primary call is this: Stay passionate, Democrats. Whatever else can be said about this year’s primary, it was passionate! The 2019 primary sparked many discussions about important issues in our community that are too often muted for a variety of reasons — not the least of which is the cacophony of terrible from the Trump-led GOP.

The extreme nature of the Trump-led GOP has grown our already big tent, as people of conscience of all shades of blue, purple and even a little red have sought refuge within the Democratic Party. This is a joy — but also a challenge, for of course such a diverse array of people will not always agree on each and every policy or candidate. To that end, not everyone is happy with the outcome of Arlington’s primary. That’s OK. I, for one, am not asking you to pretend otherwise.

Whether you’re happy or not, by all means, stay loud. Keep it clean for the kids of course, and perhaps try some civil leadership training courtesy of the Arlington Young Democrats. This training seeks to improve community relationships and individual interactions, to foster better understanding of differences across race, class, culture and politics.

Bridging these divides is important and possible only through active participation. So stay loud. Remain engaged. Keep at it. Democrats didn’t lose the 2016 presidential election because we were too boisterous; in the end, we lost because of apathy (with some help from several thousand Russian bots).

Let’s not make the same mistake this time around. Pour your energy left over from the primary into one of the many candidates seeking the Democratic presidential nomination.

Even better — give everything you’ve got to a Democratic candidate for the Virginia General Assembly who best reflects your views. Our entire state legislature is up for election this year, and Democrats have the opportunity to retake the majority and move the Commonwealth forward on issues that matter to your daily life. If you want to protect access to affordable healthcare, improve education, implement gun safety measures, and combat climate change, only a Democratic majority in the state legislature can do it. Help make that majority happen, and ensure that the legislature includes at least one member who really gets you and will champion your key issues.

Building a noisy and diverse coalition of independent thinkers with shared core values always should be our goal. I chafe at the notion that an effective Democratic Party must require its members to move in lockstep. That’s a fool’s errand — not only because it’s impossible, but because its pursuit is destructive.

As a party, we embrace diversity because it is enriching. So too is diversity of thought. Whether your candidate won or lost on primary day, your viewpoint remains welcome in the Democratic Party. Keep fighting for that viewpoint, and let me know how I can help to make your message heard.

Unity is perhaps the greatest challenge for a big tent party. With the stakes so high, there is no question that we must hold the line on Election Day each November. For the sake of those core values that we do proudly share, you can bet that I will be calling you to the barricades then. But each day in between, let’s actively participate in the kind of passionate but respectful exchange of views that characterized the best moments of our recent competitive primary.

Today is one of those “in between” days. What will you do? Whatever it is, do it with passion.

Jill Caiazzo is the chair of the Arlington County Democratic Committee. She also serves on the county’s Economic Development Commission and Commission on the Status of Women. She and her family live in the Glencarlyn neighborhood.