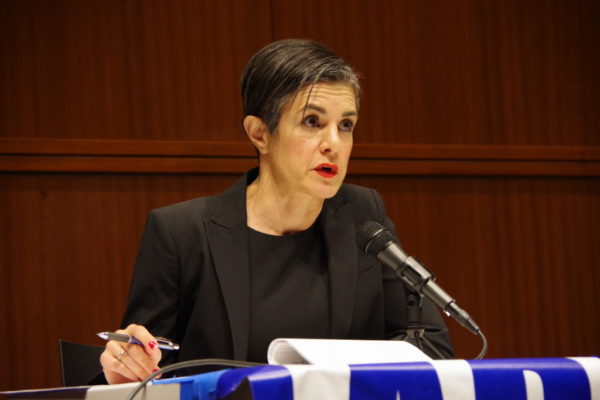 The following op-ed was written by Parisa Dehghani-Tafti, the Democratic nominee for Arlington and Falls Church Commonwealth’s Attorney. As the presumed victor in the unchallenged November election, which followed a heated primary campaign, Dehghani-Tafti will be the area’s chief prosecutor amid questions about how the prosecutor’s office will change under her leadership.

Moments after 8:00 p.m. on Tuesday, June 11, while standing on a sidewalk on Clarendon Boulevard near Courthouse, I received a phone call from my friend and deputy campaign manager excitedly telling me that the voters of Arlington County and the City of Falls Church had selected me as the Democratic nominee for Commonwealth’s Attorney. In that moment, with the sounds of supporters cheering in the near distance and the sight of young people milling about on a warm spring evening, I was reminded, as I knew from the very start of the campaign, that it would soon be my charge, together with other branches of law enforcement, to help maintain the safety, welfare, and wellbeing of nearly 250,000 people.

The campaign had been long and hard-fought, but in our very first debate, I was asked to name one thing I admired about Commonwealth’s Attorney Theo Stamos. I honestly answered that I found it admirable Ms. Stamos had chosen public service when she could have long ago leveraged her skills into more lucrative private sector work. Had I had another moment for thought, I would have added what I also believe to be true: she persevered in a field that had long been dominated by men and, in doing so, opened a path for other women, myself included.

The campaign, of course, is not over. As I prepare for the November general election, I will be guided by three principles. First, I want to keep faith with members of the community who supported, volunteered, and voted for me, and earn the trust of those who did not. Elections come and go, but what endures is community. Second, I want to approach the work ahead with both an open mind and moral courage. I fundamentally believe that the choice between safety and justice has always been a false one; at the same time, I have the utmost respect for the institutional knowledge and professional expertise that resides in the current office. Last but not least, I want to keep foremost in my mind that what’s needed for the office is both integrity and humility. Our delegates, senators, county board, and school board members have deep and intimate knowledge of the needs in our community; I see as one of my main tasks to be an honest partner with them, to listen to their expertise, and take heed of their priorities — because I know the criminal justice system cannot and should not be the tool to solve every problem.

Late Tuesday evening, after all the well-wishers had gone and I’d returned home to my family, I stayed up into the early hours of the morning, making two lists: one, of the people I needed to personally thank for making this moment possible; the other, of the immediate tasks I needed to accomplish to plan for the office. Both lists grew incredibly long but each list, in different ways, made it clear to me that at this moment we have a chance in Arlington and the City of Falls Church to show the Commonwealth and the country what it means to have a criminal justice system that is safe and transparent, truly cares for victims, treats everyone fairly and humanely, and honestly addresses systemic disparities in race and class. “The world stands before you,” James Baldwin once wrote, “and you need not take it or leave it as it was when you came in.” I’m eager for the work ahead.