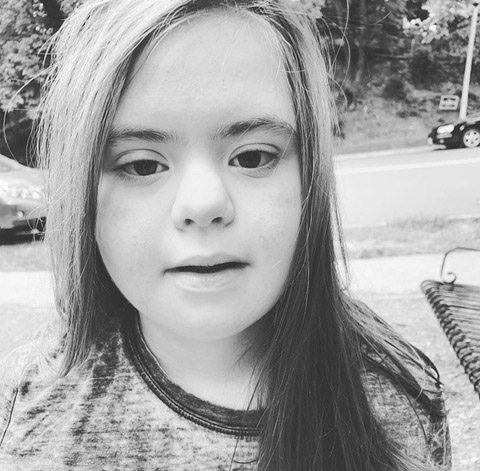 An Arlington teenager has been selected to be featured in a video about Down syndrome, which will be shown in New York City’s Times Square.

Suzanne Garwood says her 14-year-old daughter Sloane was among the 500 chosen to be featured in the video by the National Down Syndrome Society (NDSS), out of 3,000 people who submitted photos nationwide.

The video is part of the advocacy organization’s annual Buddy Walk Program, which celebrates people with Down syndrome and fundraises for NDSS programs.

Garwood has two children with Down syndrome, Connor, 16, who attends Yorktown High School, and Sloane, who attends the newly re-named Shriver Program. She said her desire for both of them to have the rights and opportunities of any other kid led to her involvement with a local chapter of NDSS.

“I think that they’re making a real impact on Capitol Hill,” she said of the organization. “There are a few bills that they’ve actually gotten passed in the past year. In the context of this environment is really, really impressive.”

NDSS has previously lobbied for a bill allowing people with disabilities to save money without losing Medicaid benefits. The bill ended up passing.

Sloane, who is nonverbal, wasn’t phased when she heard she was picked for the video.

“She was like, yeah whatever,” Garwood laughed, adding that her brother, who is verbal and enjoys social media, was more excited.

The video will air in Times Square on September 14, per the NDSS website.