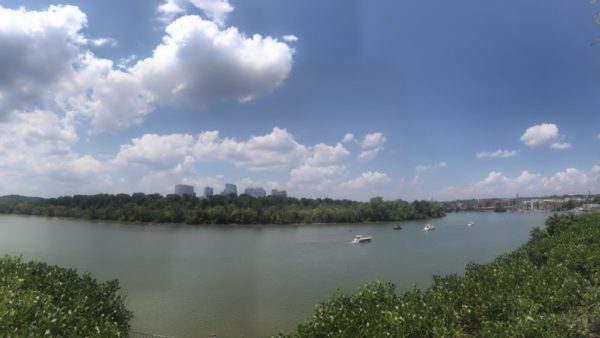 ‘Lee’ Supporters Seek W-L Name Delay — “It may be a last-ditch attempt, but supporters of retaining the name of Washington-Lee High School are seeking a delay of a year to implement the change to Washington-Liberty. ‘There are multiple active legal actions working their way through various courts,’ said Dean Fleming, vice president of the Washington-Lee High School Alumni Association, in an e-mail to school leaders. ‘This is a very serious matter. It should not be taken lightly.'” [InsideNova]

Moran Donates Leftover Campaign Cash — “In the summer of 2018, congressman-turned-lobbyist Jim Moran was trying to recruit his former colleagues to put pressure on the Kingdom of Saudi Arabia. Moran was doing so on behalf of one of his clients, the government of Qatar. And he had a pot of money, left over from years of donations to his reelection campaigns, that he could steer to his lobbying targets.” [The Daily Beast]

Fast-Growing Amazon Divisions Coming to HQ2 — “The divisions heading to Amazon.com Inc.’s second headquarters in Arlington are some of the fastest-growing in the company, according to Amazon’s latest quarterly earnings report. The company said Thursday its headcount is up 13% to 653,300 full-time and part-time employees… Amazon Web Services and Alexa — two of the three Amazon businesses that are HQ2-bound — are growing at a much faster pace.” [Washington Business Journal]