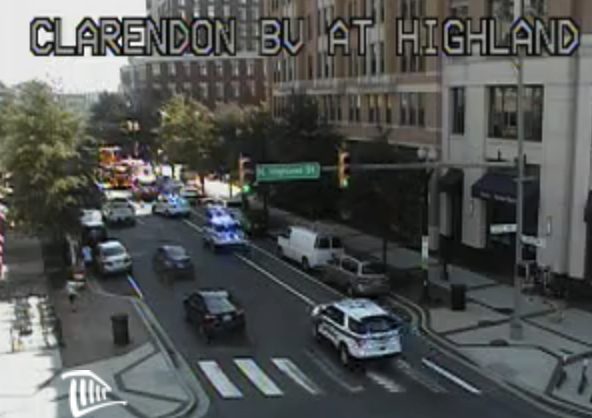 A pedestrian was reportedly injured in a crash in Clarendon this morning.

The incident was reported shortly after 11:15 a.m. on Clarendon Blvd at N. Garfield Street. The exact circumstances around the crash and the extent of the pedestrian’s injuries were not immediately known.

Arlington County police and paramedics are on scene. One lane of Clarendon Blvd is blocked approaching the crash scene.