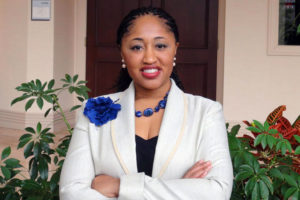 It’s been about seven months since Virginia and the nation were stunned by the revelations that Gov. Ralph Northam “may have” posed in blackface or Ku Klux Klan uniform. In the subsequent days, Attorney General Mark Herring also admitted to posing in blackface.

A flurry of elected officials, leaders and organizations called for their resignations. Others took a more tempered approach and saw it as a moment of racial healing and atonement. Since then, the Northam administration has made several policy announcements that would impact minority communities. They are:

While there may be a reconciliation tour and conversations done out of the public eye, we have not used this opportunity to take bolder steps for racial healing. At the very least, the incidents encouraged conversation. After my last post, “We Know How You Can Cure White Guilt,” I received both positive and negative feedback.

One comment especially resonated with me. An older white gentleman, who has been intentional about using his “privilege” to help the less fortunate, wanted more tangible recommendations for racial healing.

Advocating for new policies is only one way to affect change. Other ideas to make real progress with racial healing include:

Recognize where you are and how you got there. Take personal stock of what you and others have observed about your sensitivities or lack thereof. It’s hard to see your blind spot, but after some thought, you may notice areas for improvement.

Listen.It may seem like a simple act but it is often hard to do. After the Northam incident, online and in-person conversations surged about a possible way forward. I witnessed some hurt feelings by African Americans who felt they were not being heard, and subsequently withdrew from what could have been worthwhile efforts.

Be conscious that groups are rarely monolithic. I attended the Martha’s Vineyard African American Film Festival in August and viewed an interesting short film called “Four Points” by R. Cadell Cook. The film highlighted differences of opinion within the Black community. It was an important reminder that in politics — and in life — we can’t assume someone’s beliefs based on how they look.

Call out the lack of diversity. Catherine Read, an activist and fundraising and PR strategist, notes that when she observes a homogenous slate of panelists at conferences, she brings it to their attention. It is something to consider when organizing and attending presentations.

Do intentional outreach. I served on the steering committee for the June 2019 Network NOVA Women’s Summit. This Summit brought together over 900 attendees to learn, connect and strategize about progressive issues. The organizers recognized the lack of diversity at previous conferences and invited me to serve because of my work in the Black community. Don’t be afraid to find people with connections to certain communities and invite them to lead. As we recruited diverse presenters and attendees, it was critical because of their expertise, not their “difference.” Recruiting diverse leaders does not mean sacrificing quality or experience.

As I have spoken with people and navigated my personal journey toward greater diversity and inclusion, what is very clear to me is that this is not easy. To be successful, we have to come to terms with some of our past mistakes, experiences, and in some cases trauma. It requires that we ALL leave our comfort zone and have difficult conversations — not just white people. When we discuss this incident 20 years from now, let’s be able to say that it was a turning point in our history. Despite what the government did, as individuals we listened, grew, cried, learned and laughed toward equality — together. That is real progress.

Krysta Jones is founder and CEO of Vote Lead Impact, Inc., and a graduate of Leadership Arlington, the Sorenson Institute of Political Leadership, and the Women’s Campaign School at Yale.