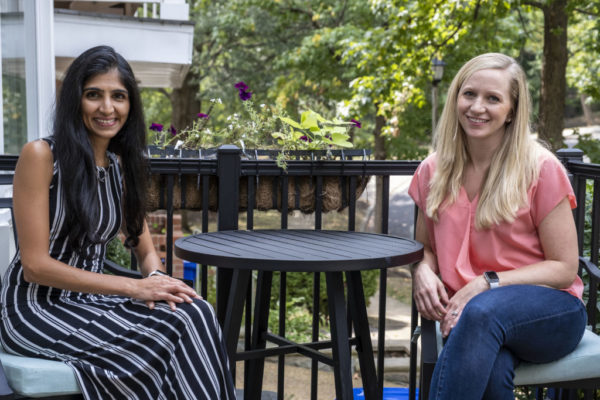 When Mrinal Oberoi first moved her family from London to Arlington in 2014, she struggled to find a way to settle into the community — and then she found MONA.

MONA, or Mothers of North Arlington, is a nonprofit group for mothers and families across six ZIP codes. First established in 2001 with less than 70 members, the group now has more than 2,200 member and is ready to prove those who think the group exists merely as an exclusive social club wrong.

Oberoi, who has since become president of MONA, says 75 percent of the group’s members have either part time or full-time jobs, and a growing number of fathers have also joined. Though MONA membership is geographically exclusive — applicants who live in South Arlington are gently informed that they cannot join — the group has been working on new initiatives and events that are free for all to attend.

“This year, we’re focusing on external partnerships with local organizations — to be able to expand our reach to the wider community,” said Oberoi.

This Saturday MONA is launching a series of free, family social events at Ballston Quarter mall.

“Ballston Quarter is such a kid-friendly place, and I think it’s important that this sense of community and belonging doesn’t have to stay within the context of the group, which is why we opened it to anyone who wanted to come,” said MONA vice president Amy Waldron.

Additional free public events include a new, ongoing partnership with The Sycamore School, where MONA will be hosting a series of workshops on topics like bullying. The first event will be held October 23-24, from 7-9 p.m. The film Finding Kind, about female bullying, will be shown followed by a discussion led by the school counselor.

Also on tap for this fall is the annual MONA Sip n’ Shop, held in November at the Knights of Columbus on Little Falls Road. Forty local vendors will offer their wares at the free event, while drink bracelets for an open beer and wine bar will be offered for $7.

“I cannot stress enough how much we encourage everyone from the county and beyond to come and enjoy our public events,” said Oberoi. “We decided to move socials to Ballston Quarter, so we are able to reach their community as well.”

MONA accepts members in the 22201, 22203, 22205, 22207, 22209 or 22213 ZIP codes. Membership is $30 per year plus a $20 initial registration fee. Members have access to an online listserv, marketplace, and special events, and there are several sub-groups including those for mothers with children in preschool, a business entrepreneurial network, and more.

“Our main source of income comes from this registration fee, and 100 percent of this goes back into events, both ones that are open for everyone and others that are for MONA members,” said Oberoi.

“We aim to be as inclusive as possible,” said Oberoi. “Personally, for me, this was a great way to get settled into the community.”