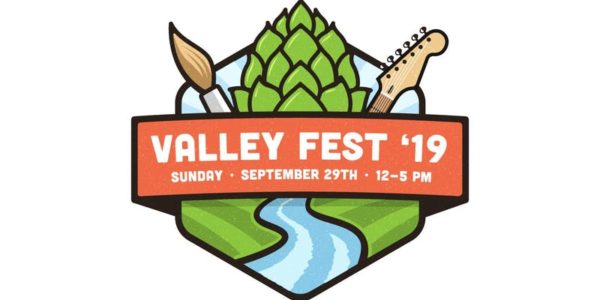 Hosted by New District Brewing Company, the arts and music festival will take place on the street outside the brewery at 2709 S. Oakland Street, near Shirlington, this Sunday (Sept. 29) from 12-5 p.m.

Entrance to the event free, though attendees can purchase a $20 “Beer Package” that includes a Valley Fest pint glass and three beer tickets. The festival will feature a selection of New District’s beers, including their new Oktoberfest brew.

The festival will also prompt several road and parking area closures from 8 a.m. until 8 p.m. According to Arlington County Police:

“The Arlington Food Assistance Center (AFAC) and part of the StorQuest Self-Storage facility will be accessible,” ACPD noted.

Pet owners will still have access to the Shirlington Dog Park during the event, but are encouraged to park elsewhere. Those looking to use the park should use S. Oxford Street or the Four Mile Run footbridge.

Street parking will be restricted and there will be temporary “no parking” signs posted. Attendees are encouraged to use public transportation or ride-hailing apps to get to the event.

“The public can expect to see a visible police presence in the area,” ACPD said in a press release. “Motorists should follow law enforcement direction, be mindful of the road closures, and remain alert for increased pedestrian traffic in the area.”

This year, the live music and entertainment includes performances from The Washington Ballet and the Educational Theatre Company. The full lineup is:

In addition to live performances, there will be over 20 local artists and community vendors in attendance, including the Arlington Art Truck.