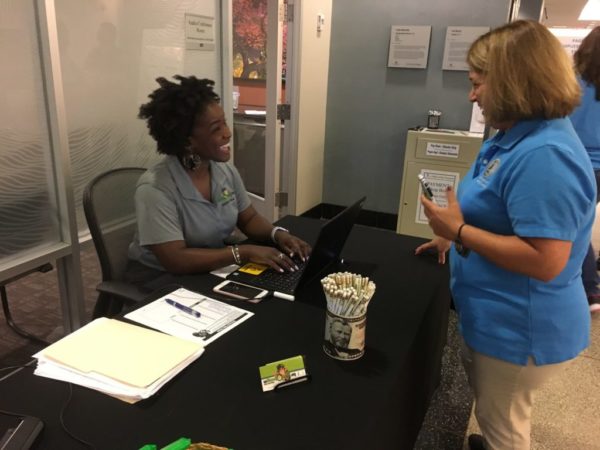 On Thursday (Oct. 3) from noon to 5 p.m. and on Friday (Oct. 4) from 8:30 a.m.-1 p.m., the Virginia Department of the Treasury’s program VA Money Search is scheduled to set up in the lobby of the county government building at 2100 Clarendon Blvd.

With a name like “vamoneysearch.org” and a mascot of a man in a trench coat, the program would seem a little suspicious, but Stephanie Shea, a spokesperson for the Arlington County Treasurer’s office, said the program is operated by the state government.

“The Treasury is mandated to try to find the rightful owners of money that is unclaimed,” Shea said. “There is no fee for this service, it’s totally free.  We invite everyone to stop by the team’s table in the lobby of 2100 Clarendon Blvd to find money.”

A press release from the program said that overall it returned $79 million to Virginia citizens in 2018. According to the release:

Unclaimed Property can be generated in nearly every financial transaction with any company. Property becomes unclaimed when the holder company has not had contact with the owner of the property or funds for a specified time, then the account is considered dormant. Dormant accounts by law must be turned over to the state… Unclaimed Property stays in our database until the rightful owner or heir files a claim.