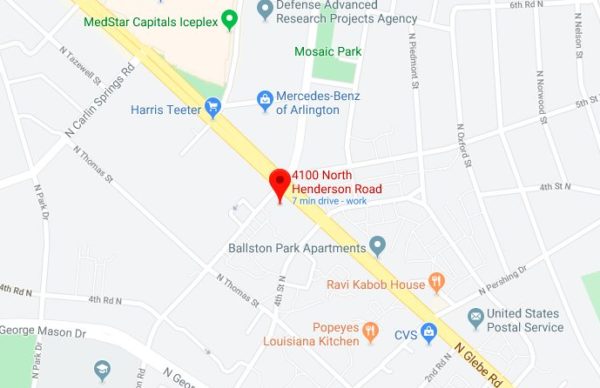 Firefighters responded to a blaze on the second floor of a low-rise apartment building near Ballston Friday night.

The fire was first reported just before 10 p.m. on the 4100 block of Henderson Road, in the Buckingham neighborhood.

Arriving units found smoke coming from the second floor and worked quickly to bring the fire under control. Firefighters from Ft. Myer and Fairfax County assisted with the firefighting effort, ACFD said.

The fire is being investigated by the Arlington County Fire Marshal’s Office.

Fire is under control, crews still working to ventilate structure. Fire Marshal on location to begin investigation. Please stay clear of area while fire crews are picking up. https://t.co/tjUxDCQ6Uj