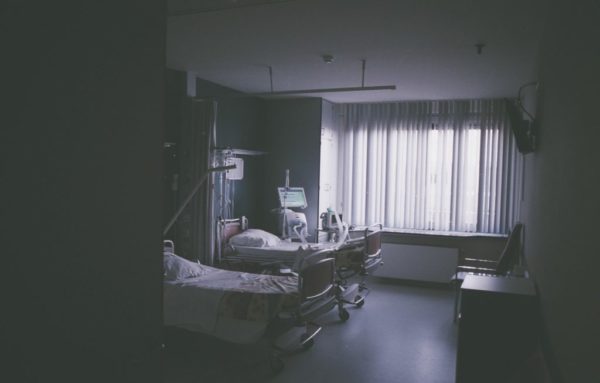 The following op-ed was written by Del. Patrick Hope (D-Arlington).

For patients — including many of my Arlington constituents — accessing and affording the health care they need can be an overwhelming task. Even when they’ve found an insurance plan and physician specialist that works for them, just keeping up with all the co-pays and meeting high deductibles can prove to be a huge financial strain. When emergencies arise, as they always will, receiving an unexpected bill that you thought your insurance covered, is unfair.

The Virginia General Assembly tried to address surprise billing last session in a fair way that protected patients and didn’t unduly burden the physicians, hospitals or insurers. We were unsuccessful, but now we are seeing this issue has reached beyond Virginia to become a national issue that could benefit from a national solution. I will continue to work for a solution here in the Commonwealth, but I’m hopeful Congress will act sooner to end surprise medical billing fairly and without delay.

But just as important as passing a legislative solution is getting the job done the right way – one that’s good for patients. That means avoiding an approach that gives one side undue influence in the payment process.

That is why Congress should stick to a more equitable approach that doesn’t let any side — the government, doctors, or insurers — arbitrarily dictate rates. Congress should choose an approach that mirrors what we tried to do in Virginia. Our legislation would have protected patients in numerous ways by creating a level playing field between doctors, hospitals and the insurance industry. The best solutions being offered right now on the federal level are bills which include an Independent Dispute Resolution (IDR) process.

IDR would enable physicians and insurance companies to enter into an unbiased negotiation process in order to resolve payment disputes without getting the patient involved at all. The entire process takes place online and lasts no more than 30 days. Independent third-party mediators would make a final decision on payment amounts and, until that time, insurers would provide initial payments that help protect smaller, at-risk hospitals.

As evidenced in New York, IDR works — and it works well. Since establishing the IDR process to address this very issue in 2015, New York has seen network participation grow, out-of-network billing shrink, and in-network emergency costs decrease — all while patient protections and insurer transparency has increased. Meanwhile, California is struggling with its own benchmarking solution, which has led to an increase in contract terminations by insurance companies, threatening patient access to care.

I hope that Congress, led by Virginia’s Senators Warner and Kaine and Representative Bobby Scott who, as chair of the House Education and Labor Committee, has a chance to craft a House-version of an IDR bill, will work together to end surprise billing once and for all. However, if Congress is unable to act, I’m committed to Virginia passing a fair, equitable solution to protect patients in the 2020 General Assembly session.

Photo by Daan Stevens on Unsplash