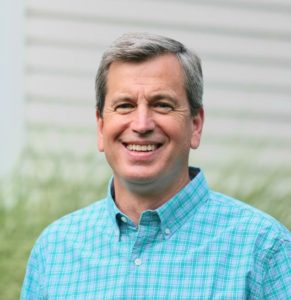 If you were to stop the first 100 people you encountered at any Metro station in Arlington and ask their thoughts on the next election, many of them would give a response related to Donald Trump or the 2020 Democratic presidential primary. When our news is saturated with national issues and political rancor, crucial state and local elections can get lost in the mix, even in politically engaged Arlington. But Arlingtonians have two urgent reasons to care about the actual next election — November 5, 2019 — before turning their focus to November 2020.

First, there are contested races in Arlington this year. Democratic voters cannot assume that their preferred state and local candidates will win office even if they voted for the same candidate in a primary or caucus earlier this year. A School Board race came down to just a handful of votes in a general election in Arlington County as recently as 2012. Complacency is not an option in “off off” year elections like 2019.

A progressive voter in Ashlawn precinct, for example, will still need to cast votes for two contested County Board positions and a State Senate seat, or risk losing those critical spots to independent or Republican candidates on the ballot.

The GOP has struggled in recent years to recruit candidates in Arlington, and I sometimes wonder whether, this cycle, the Republicans had hoped to lull Arlington Democrats to sleep by fielding so few candidates. No such luck. When Democratic candidates are on the ballot — with or without opponents — our ability to translate our closely held values into tangible solutions for Arlington County is on the ballot too.

Arlington Democrats are energized, and we simply must finish this year’s races strong and send a clear signal about our priorities before we turn to next year’s challenges and opportunities.

Second, Arlington is dramatically and negatively affected by the GOP’s narrow majority in both chambers of the General Assembly. On November 5, voters across Virginia will determine who controls the House of Delegates for the next two years, and the Senate for the next four. Democrats must win majorities in both (51 seats in the House, 21 in the Senate) if progressive Arlingtonians want to protect and advance their short- and long-term values.

I am glad to report that Democrats have a historic 92 candidates running for the House this year, and the potential to take the majority is tantalizing. Unfortunately, we have no statewide or national election on the ballot that would lead to boosts in turnout. If, for example, the Democratic voters of Stafford and Prince William Counties stay home, Republican candidates who want — on the record — to repeal Medicaid expansion, ban abortion, make it harder to vote, and continue to block the ERA will win and remain in the majority. If swing voters sit this November out, Arlington will continue to be a step behind where we could be if the General Assembly were controlled by Democrats.

No, there has been no lulling Arlington Democrats to sleep this year. Arlingtonians have been exporting themselves–their time, their money — to other parts of the Commonwealth to ensure our impending victory. I urge you to join me in this crucial battle for Virginia.

Vote on November 5 — or before that if you meet the criteria required to vote early–and volunteer if you can. Contact friends and family across the Commonwealth and let them know how high the stakes are. We must do all we can to ensure a strong turnout and send a strong message in every corner of the Commonwealth–for all of us.

Richard C. “Rip” Sullivan, Jr. is a member of the Virginia House of Delegates from Virginia’s 48th District, which encompasses parts of Arlington and McLean. He practices law in Arlington with Bean Kinney & Korman, P.C.