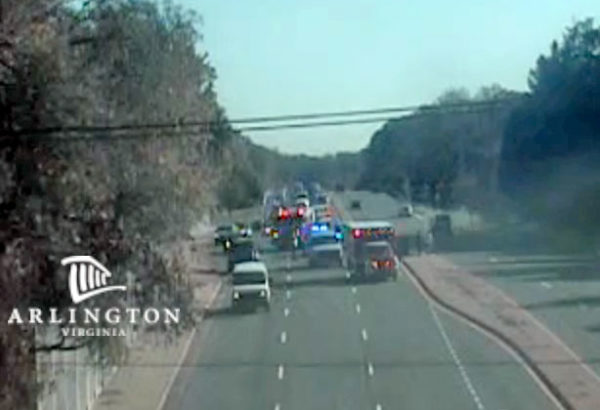 Police and firefighters are on scene of a crash with injuries on Route 50.

The crash happened around 9:30 a.m. in the westbound lanes of Route 50 at N. Manchester Street, near Arlington’s western border

At least two vehicles were involved in the crash. Two ambulances have responded to the scene for at least two reported injuries.

Only one lane of traffic is squeezing by the crash scene, prompting backups past N. Carlin Springs Road.

Read more →
More Stories
Arlington Agenda: November 4-10Katie Cristol: Why You Should Vote for Me