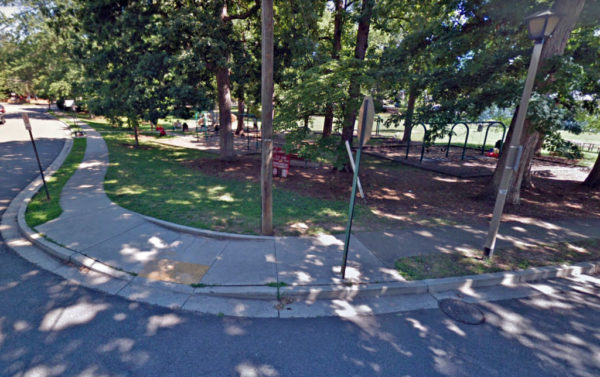 A woman accused of attacking two nannies in a dispute over her child’s behavior in a local park has a court date set for next month.

Falls Church resident Fatimazahra Berrada, 31, is set for a Dec. 3 trial date on two misdemeanor charges of assault and battery.

The charges stem from a dispute in the park near the Lyon Park Community Center on Sept. 23. We’re told two nannies confronted Berrada about alleged aggressive behavior by her child toward their charges. According to police, that escalated into a shouting match and Berrada throwing a playground toy and striking one of the nannies in the face.

ASSAULT & BATTERY, 2019-09230176, N. Garfield Street at 4th Street N. At approximately 3:10 p.m. on September 23, police were dispatched to the report of a fight. Upon arrival, it was determined that the suspect and the two female victims were in a park when they became engaged in a verbal dispute over the way children in their care were playing. The incident escalated and the suspect allegedly began yelling and threw a playground toy at the victims before striking one victim in the face. Medics responded to the scene and no significant injuries were reported. The victims declined prosecution at the time of the incident. Charges were later sought on October 4 and the suspect turned herself in to police on October 8. Fatimazahra Berrada, 31, of Falls Church, VA, was charged with Assault and Battery (x2).

The incident led to outrage on the neighborhood’s Nextdoor network after a resident posted that “racist insults” were yelled at the nannies during the incident. A source tells ARLnow that the victims alleged being told to “go back to your country,” but police and prosecutors did not find enough evidence to seek a longer sentence based on a bias-motivated crime, adding that the dispute originated with the discussion of child behavior.

The November issue of the Lyon Park Citizen Association newsletter included allegations of an “ugly incident in our community park” sparked by “a woman passing by [who] took offense at the fact they were speaking in Spanish.” Police told ARLnow they have no evidence of that sequence of events happening, however.

“It is hard to believe that the woman… hasn’t gotten the message posted in front yards across our community — Hate Has No Home Here!” the newsletter says.