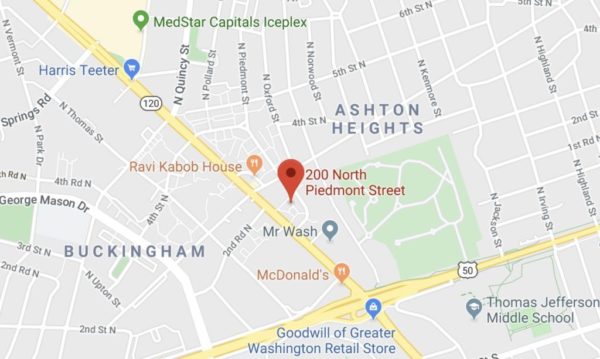 Arlington County Police are asking for the public’s help in a sexual assault case.

Police say a woman was grabbed from behind, pushed to the ground and sexually assaulted while walking up to her apartment around 11:30 p.m. last Wednesday. The incident happened on the 200 block of N. Piedmont Street, in the Buckingham neighborhood near Ballston.

The Arlington County Police Department’s Special Victims Unit is seeking the public’s assistance in identifying a suspect involved in the sexual assault of a female victim in the Buckingham neighborhood.

At approximately 11:35 p.m. on November 27, police were dispatched to the report of a woman screaming and subsequently the report of a possible rape in the 200 block of North Piedmont Street. Upon arrival, it was determined that the victim exited a vehicle and was returning to her residence when the unknown male suspect approached her from behind, grabbed her and pushed her against another vehicle. The suspect told the victim not to yell, then pushed her to the ground and sexually assaulted her. The victim began screaming, prompting the suspect to flee in a vehicle prior to police arrival. Responding officers established a perimeter and canvased the area with negative results.

This remains an active investigation. Anyone with information regarding the identity of this individual, details surrounding the incident, and/or home surveillance that may assist the investigation is asked to contact Detective J. McGrath of the Special Victim’s Unit at 703-228-4244 or [email protected] Information may also be provided anonymously through the Arlington County Crime Solvers hotline at 1-866-411-TIPS (8477).