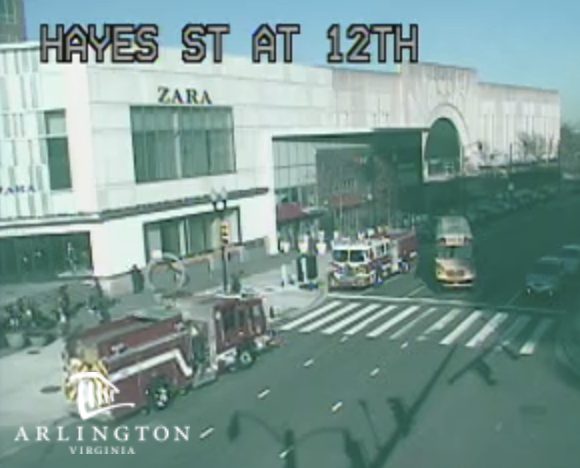 Update at 10:50 a.m. — The source of the smoke was determined to be a “malfunctioning air handler” in Nordstrom, which is now being shut down, according to scanner traffic. Most of the fire vehicles are expected to leave the scene shortly.

Earlier: Firefighters from Arlington and neighboring jurisdictions are investigating smoke and a burning odor in the Pentagon City mall.

The smoke and odor was reported on the Nordstrom end of the mall. Thus far firefighters have not found a fire.

A large emergency response is on scene, with firefighters checking out all floors of the store, as well as the Metro station and the roof, for a smoke source.

#Update: The source of the smell has been isolated to a mechanical issue with an HVAC unit, no fire found. Units will be clearing the scene shortly. pic.twitter.com/H3jPsf3I3M